Scottish volleyball fans were out in force at Wishaw Sports Centre over the weekend as the indoor season came to a climax with the best of Scotland’s talent on display in the fifth National Finals weekend.

A total of 800 spectators were in attendance over the two days, watching a volleyball extravaganza that took in eight matches, 26 sets of play and no less than 155 competitors playing at their absolute best in an endeavour to capture the season’s honours.

A major shock looked on the cards in the first match of the programme, as Grassmarket Jets took a 2-0 lead in the mens Scottish Plate final over Su Ragazzi II.  Su Ragazzi have looked comfortable this year in Division Two, while Third Division Grassmarket Jets. having formed a pre-season link with Linlithgow Hornets, sportingly allowed the players they had obtained from the West Lothian outfit to return to their original club for the cup competition, and fielded a composite outfit comprised largely of District League players and students.

Facing an upset result Su Ragazzi dug deep in the third set, turning the match on its head with a comprehensive victory in the set, and eventually came through to win the match 3-2.

The womens Scottish Plate final paired two of the youngest teams in the entire competition, as City of Edinburgh II took on Troon Kyle & Carrick.  The teenage squads put on a show of the highest calibre in front of an enthusiastic crowd, and although the match could have gone either way, Troon proved just strong enough at the close of each set to score a 3-0 result for the club’s first victory at this level.

Having been eliminated from the main Scottish Cup at the 4th Round stage, national champions City of Edinburgh were shoo-in favourites for the womens Thistle Bowl, and although opponents South Ayrshire, left short-handed by injuries to several key players in the runup to the final, battled hard and never gave away easy points, City of Edinburgh were a class apart, taking a comfortable 3-0 win in just 41 minutes.

Saturday began with a potential surprise result, and this possibility loomed again in the mens Thistle Bowl final as 3rd Division City of Edinburgh II stunned their First Division opponents Edinburgh Jets by leading from the front and taking the first set of the match.  Jets regrouped admirably however, and aided by a strong middle block and greater hitting weight in the outside positions, overcame a stubborn revival by City of Edinburgh in the latter stages of the tie to win 3-1.

Cup final Sunday always starts with a bang as the junior teams bring their noise and enthusiasm to the fore, and this year was no exception.  There was nothing between South Ayrshire and Marr College in the regular season, and this continued into the Under 19 girls final as the teams exchanged points with abandon and showed good tactical awareness in defence.  In a match that had ‘classic’ written all over it from the first point, South Ayrshire held firm at the crucial set-ends, and came through victors 2-0.

Then it was the turn of the boys.  Again, nothing to choose between City of Edinburgh, the most successful team in the history of this competition, and two-time winners South Ayrshire.  Ayrshire had the taller team, Edinburgh the more dynamic offence and with power play from all angles of the court, it was the capital city side which emerged triumphant, winning in two clear sets.

Hardly had the dust settled than we were underway again, with the final of the Womens Scottish Cup.  Su Ragazzi looked the part in the early phases and certainly gave their opponents Troon Prestwick & Ayr cause for concern.  Back to back winners Troon had to call upon all of their skill and guile to take the first set, but thereafter Su Ragazzi’s star faded as Troon’s gained, and it was Troon who retained the trophy once again with a straight sets victory.

The curtain was brought down on a fantastic weekend of action with the mens Scottish Cup final.  Both Glasgow Mets and City of Glasgow Ragazzi have been over the course before, and neither was giving an inch in their bid to end the season with a trophy to show their fans.  In a match that lasted almost two hours at a tremendous pace, City of Glasgow Ragazzi earned the bragging rights to the second city of the empire with a 3-1 win that may go some way to salving the pain of missing out on the playoffs for the first time.

“Scottish Volleyball is shining brightly and really beginning to achieve our bigger better and stronger dream if the past 48 hours is anything to go by! The standard of organisation at the Finals weekend  delivered via our Special Events Commission was exceptional; the Board and staff would like to thank Jen Downs and her team for an outstanding two days at Wishaw and all other volunteers who freely gave their time and enthusiasm. The playing performances of all 16 teams over eight finals demonstrated all that is great in our sport and my personal thanks to everyone who came along to watch, cheer and support. I can’t wait for next year……………hope to see you there!!”

The stage now clears for the resumption of the beach season in May, with the small matter of European Championship qualifiers in Liechtenstein and Andorra for the national teams.  Volleyball – you can’t beat it! 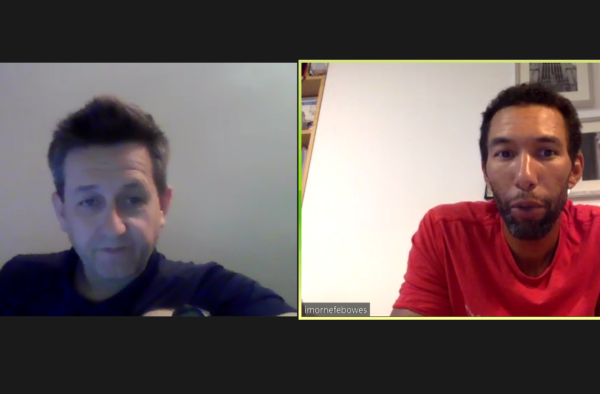 We note the First Minister’s statement regarding changes to national restrictions. Please continue to follow our Play it safe…