640 elite athletes from 20 nations will take part in the 2010 Worlds, hosted at the University of Central Oklahoma, USA’s official home for Sitting Volleyball. The 2010 Worlds are tipped as a preview of the action expected at the next Paralympic Games. London 2012 is set to be the first Paralympic Games that Great Britain will put forward both men’s and women’s Sitting Volleyball squads.

Players who have been selected are due to fly to the USA on the 7th of July for the high-profile tournament between the 11th and 18th of July.

John Bestebroer will travel with the squads as Head Coach of the GB Women. John brings an impressive track record to the role: he coached the Dutch Sitting Volleyball squad to win Bronze in Beijing 2008 and is the founder and chairman of SportCompass, a foundation that promotes and develops disability sports worldwide.

Ian Legrand will accompany the squads as Head Coach of GB Men.  Ian has moved across to Sitting Volleyball from the standing game and has been the driving force behind the GB Men’s development at the European Championships and World Cup.  The Great Britain Sitting Men have just returned form from a preparation competition against Hungary, Serbia and Croatia where they won the Bronze Medal beating Hungary in the 3v4 playoff.

John Bestebroer said: “The squad and staff have worked hard to reach this stage and recognise what a great training opportunity for 2012 this championship will be. We all look forward to testing the competition and finding our position on a world stage.”

Lisa Wainwright, CEO of Volleyball England, said: “GB Sitting Volleyball has gone from strength to strength since the launch of our first ever development programmes just months ago. We will be rooting for our teams in the biggest major international competition before London 2012.’’

With the opposition now confirmed for phase 1 of the competition, the Men will play India, The Netherlands, Morocco, Russia and Germany. Meanwhile the Women face Canada, Brazil, Russia, Ukraine, Slovenia and the Paralympic Champions from 2008, China.

Sitting Volleyball is another version of Volleyball that has been adapted to allow anyone to participate, including those with a disability, and the men’s competition has been part of the  Paralympic Games since 1980 and the women’s since 2004.

In Sitting Volleyball, the international rules for Standing Volleyball apply in principle, with amendments allowing for a sport for disabled players: during play, a player must touch the court with some part of their body between the buttocks and the shoulders, and you are able to block the serve. Sitting Volleyball is played on a smaller court (meaning quicker points and faster, more exciting play) with a lower net to account for the players’ seated positions. 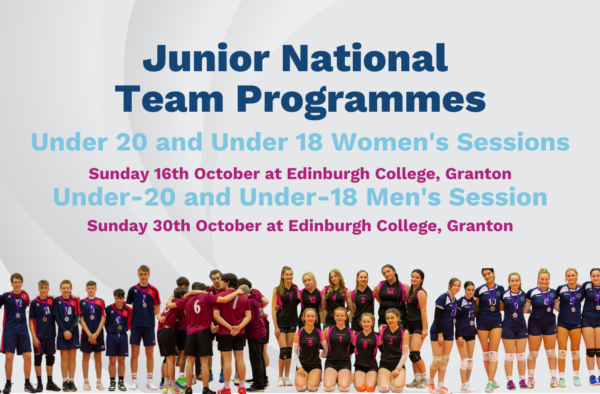 The next dates for the U18/20 men's and women's national team sessions have been announced. Both sessions have availability,…
General 15th December 2009