Until the rain stepped in on Day 8 to stop play, seven very successful days of beach volleyball took place on North Berwick East Beach in East Lothian for local juniors. Starting bright and early at 10am for two weeks, the sessions were a crash course in the sport for children aged 8-12, some who had never picked up a ball before and some who had played for a good few years.

The first few days aimed to teach the children the very basics of volleyball whilst getting them used to the sand- very soon they all got used to diving about and spending a lot of time on the ground! Everyone learned very quickly and it was fantastic to see some games working as soon as the end of the first session.

By Wednesday we were serving, spiking and defending like pros. The kids were enthusiastic and worked very well with each other, so much so that at the midweek point the games started getting very competitive! The positive spirit continued until the end of the week where their skills continued to improve at a very impressive rate.

Before we knew it, we were onto the second week and a new group of children appeared at the beach. They had played even less volleyball than the first group, but a lot of hard work was put in and by 12 noon the games were starting to come together. On Tuesday, we had a massive influx of children as the Summer Camp at the nearby Sports Centre came down to join in and enjoy the gorgeous weather. This meant we were able to coach in more ability-centred groups- letting the kids learn much faster and bringing out their competitive side!

Unfortunately, the rest of the week was unable to go forward due to the typical Scottish weather. The time that we had on the beach was great fun and the children really seemed to enjoy learning a new sport- perhaps they will reappear at a high level in the future! Thanks go to East Lothian Council for promoting the sessions and Margaret Ann Fleming for providing equipment and making it happen. Hopefully the sun will make more of an appearance next year!

King & Queen of the Beach 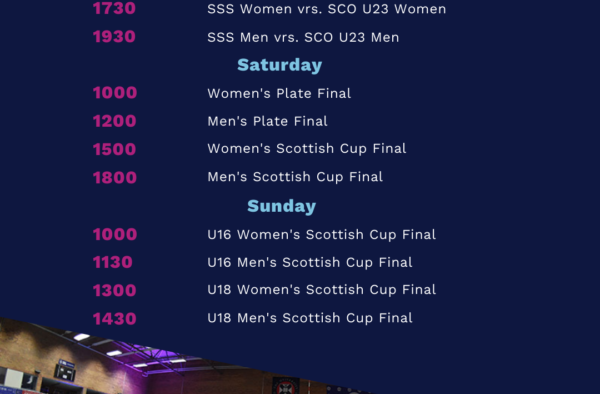 After a series of productive meetings with our long-term partner the University of Edinburgh, we are delighted to announce…