Scotland’s men scored a double success in the Glasgow Life Zoti Christmas Internationals, with victories over Northern Ireland and England in front of a packed Kelvin Hall.

The U20 men, victorious over their English counterparts 12 months ago were keen to establish themselves as the number one junior national team in the UK as they took on Northern Ireland.  The boys from the province were worthy winners of this year’s UK School Games as U17 level and an expectant crowd was keen to see if they could transfer this form to the upper age group.

Scotland were able to call upon the majority of the players who faced England, but handed a first start to middle blocker Connor Boyle (City of Edinburgh), just four months after he took up the game.

The passing brillance of Andrew McGregor (Su Ragazzi), Seain Cook (Wessex) and Liam Darling (City of Edinburgh) provided a firm base for setter Fraser Brown (Leeds Carnegie) to utilise the full width of his offence, and Scotland dominated play from the outset.  Shorn of their two Slovakian-born  stars, Nemeth and Ferencz, Northern Ireland were unable to deal with the speed and velocity of the Scotland attack.  Off-setter Jamie McHardy (City of Edinburgh)  was the pick of the bunch in the Friday game, which saw Scotland triumph 3-0 (25-20; 25-11; 25-21).

Coach Ian Brownlee was determined to maintain the same level of intensity going into the second game of the series and his young charges did not disappoint.  All twelve players on the squad were given ample court-time without affecting the overall tempo of the match.  Scotland owned the middle of the net, with Boyle, Mark Lawson (Kilmarnock Blaze) and Ross Kirkwood (City of Edinburgh) proving an almost impassible barrier at times.  Another straight sets victory  (25-10; 25-23; 25-14) was capped by an excellent display from Seain Cook, who was nominated as man of the match.

Although listed as a Wessex player, it is expected that Cook will return to Scotland in the next few days to further his playing career, with former club Dundee favourites for his signature.  Two years of intensive training with the GB Olympic Beach programme have made him a taller, more powerful athlete and he should prove an asset to the Scottish domestic game.

Meanwhile, Scotland’s senior men renewed the oldest rivalry in UK volleyball as they took on neighbours England.  Scotland’s form in these encounters has been desperate of late, with one win, in 2004, in the last 12 years.  With England only able to muster eight players for the first game, due to injuries and bad weather stranding middle blocker Dave Clayden in Sheffield, hopes were high that the losing streak could finally be put to rest.

England however had other plans for the day. Led by former GB captain Andy Sinclair, they decimated the Scottish block and defensive units, whilst the Scots appeared to  struggle for confidence and the killer edge.  Scotland lost the game 1-3 (22-25; 25-23; 19-25; 20-25) and missed opportunities and mistakes at crucial times gift wrapped an early Christmas present for their opponents.

Interviewed post-match, Scotland coach Simon Loftus was in philosophical mood, commenting “Today’s game was a disaster in terms of the result and in terms of the atmosphere in the team. I have spent a lot of my time with the team emphasising the importance of the team dynamic and the need for players to enjoy the experience and trust in the people on court with them. All of this appeared to go out of the window as the English managed to quell the early enthusiasm and it looked like the players on court were playing with the weight of the world on their shoulders.”

Scotland went off to consider the performance and see what could be salvaged in the second leg.   To use a cliché, what a difference a day makes………

Pre-match there was a major cause for celebration in the Scotland camp, as middle blocker Stuart Edgar joined an elite band of athletes who have represented their country 100 times.  Only Iain Grubb (117 caps) and Kenny Milne (100 caps) presently sit in this lofty group, and Edgar, captain for the day, set the tone for what was to come.  On each of his three previous appearances as captain, Scotland emerged victorious – could this be number four?

A close first set, which could have gone either way, was taken 25-23 by Scotland, with Edgar in particular playing a huge part in leading the team both in attack and defence with crucial blocks and some superb hits.  The first set also saw a passing of the torch in some ways, as Stewart Caldwell, who has assumed the middle blocker position formerly occupied by Edgar at Kilmarnock Blaze (Edgar now preferring to play as a passer) came on for his debut.  His performance was exemplary, and he certainly looks like a prospect for the near future.

The closeness of the first set was blown apart in the second, as Scotland dominated proceedings, winning 25-18.  Callum Green (Leeds Carnegie) , Robin Miedzybrodzki (City of Edinburgh, a debutant in the Friday match)  and Alistair Galloway  (Su Ragazzi) all linked up well with game MVP Colin Giles (Kilmarnock Blaze), who ran an excellent game and brought intensity and energy that had been missing from the previous day.

Giles’ last national team appearance was fully 30 months ago, and he certainly showed the hunger and desire to succeed that has brought him back into the frame.  With four quality setters (Steve Todd (Su Ragazzi), Alan Krawczyk (Glasgow Mets) and Gavin watt (Amiens Metropole), competition for selection in this position is particularly keen.

To think the match was over at 2-0 up would have been a mistake and indeed so it proved; England Coach Keith Trenam made a very good tactical change which meant that Andy Sinclair could come more into the game. This with some excellent serving meant that the Scots were beaten with relative ease, 22-25.  Was this the start of a wobble?  Could Scotland hang on?

The fourth set was in contrast the most one sided set of the weekend and it was Scotland who dominated from 8-6 down to win 25-15. Great serving from Green and Miedzybrodzki left the English team in disarray and Scotland overturned a 1long and bitter  run without a win against our closest rivals.

Coach Loftus was in a more ebullient frame post match, stating “Whilst the win was fantastic and we demonstrated that we can play very good Volleyball the fact that the group came together and recovered from the darkness of defeat to prevail playing confident, exciting and expressive Volleyball in front of a Glasgow crowd containing the former greats like Gordon Welsh, Gus Mitchell and Donnie MacPherson fills me with enormous pride.” 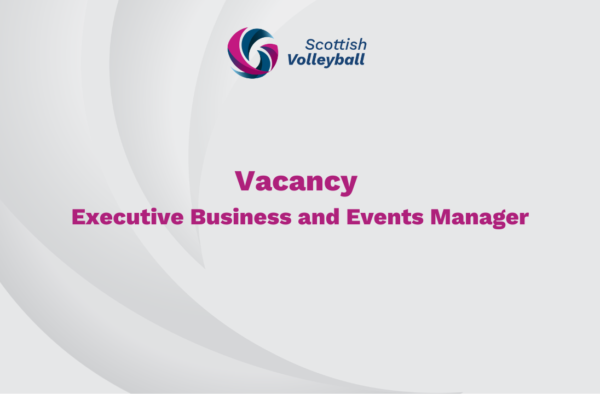