27 boys from Aberdeenshire, Dundee, Edinburgh and North Lanarkshire arrived at Linlithgow Academy prepared to show that they have what it takes to represent Scotland East & North.

The coaching team of Ian Brownlee, Iain Cook & Freddie Fairbairn threw the players in at the deep end with spiking and defensive tactics, with some 6v6 scrimmage play later in the afternoon.

Head Coach Ian Brownlee commented:  “The standard across the 27 players is excellent and the level of play we are achieving across the group for the 1st trial session is very encouraging.  It is a real credit to the player’s teachers and coaches.
All 27 players play great volleyball, but we can only take 12 players to the UK School Games competition so we have some difficult decisions to make.  With so many good players offering the team different things, it is too close to call. The selection decisions look like they will go to the wire at the 3rd and final trial.”

For any players who did not attend the first trial it is not too late to try out.  They can still attend the 2nd trial on Saturday 11th June (12-5pm) and the 3rd and final trial on Sunday 19th June (9am – 2pm) at Linlithgow Academy.

Having lost all but 1 player from last years UK School Games East of Scotland Girls starting team and 8 players from last years squad of 12 there was some concern that it was going to be an uphill battle for this team at the UK games itself but following Saturday’s first trial day these concerns are far behind us.

The quality of players at the session was first class and everyone’s application was tremendous and with at least another half dozen or so players to be added to the training group, things are looking good for the Games.

We will have seen players this year from Banchory, the International School of Aberdeen, Robert Gordon’s College, City of Edinburgh , Mearns Academy, Carnoustie High, Carluke High, Brannock High and Craigmount High and other schools and clubs. This is a great spread of activity and talent and is much of what the trial procedure is about.

The objectives of the trial days is not just to select for the UK School Games but also to offer some useful coaching from some of Scotland’s best coaches and to allow everyone contact with what is going inside Scottish Youth volleyball. If you have not attended yet, please come down to the second trial day irrespective of your current standard of play and have a fun day of volleyball while working alongside some of the best young players in Scotland. Of course, if you have already attended, please keep coming.

The next trial days for this group are at Linlithgow Academy on the 11th June – 12 till 5pm and the 19th June – 9am till 2pm. Hope to see you there.

Meanwhile 45 young athletes (26 girls and 19 boys) attended the first open session for the South and West teams, Representing schools and clubs from throughout Glasgow, Ayrshire and North Lanarkshire.  This represents only half of the athletes available for selection, as school exams and other sporting commitments meant that many of those who had expressed an interest were unable to attend on this occasion.

Those present worked hard under the guidance of coaches John French and Jess Reid, and showed great promise for South and West, bronze medalists in Newcastle 2010, to again have a successful campaign.  It is clear that, with over 90 players fighting for 24 nominations, competition will be fierce for selection, and the addition of the remaining athletes will make the job of the coaching staff extremely difficult to cut the squads to a competitive size.

This winter proved to be difficult for clubs in the National and Junior National League, particularly due to the… 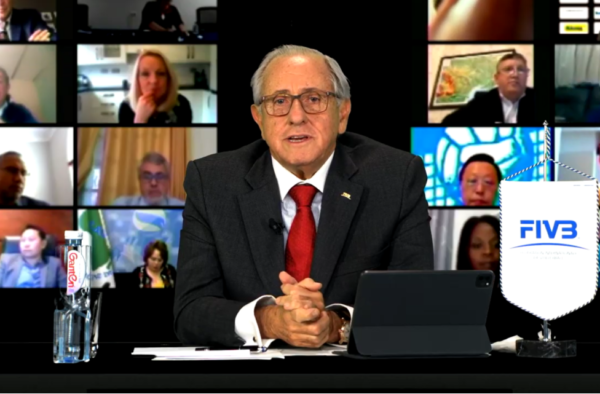 CEO of Scottish Volleyball elected to FIVB Board