Scotland U20 Women take on England

This was the big one. All the work across the course of the season had led to this. Scotland v England playing on the Saturday and the Sunday just before the GB men’s matches at Sheffield in the European League on the 28th and 29th May 2010.

Exams had taken their toll of the players who had presented themselves for selection, but the coaches were more than happy with the strength of the Scottish squad as it was filled with players who have been committed to Scottish Volleyball for a number of years despite their youth.

Looking across the other side of the net on the first day the players could see an English side who were perhaps 3 or more inches taller on average to our starting six.

The English had some tough servers in their ranks. They threw the ball around quickly at the net and hit with height and power from the outside. Kirsty McLean was passing well and she was being supported by Claire Ramage and Eilidh Anderson but much of what the Scots got back to the net was returned with interest off the English block. The first set was lost 25-14. The pressure of the situation was getting to the Scots women and the second set disappeared 25-9. There was only 42 minutes on the clock and the match looked like being over very quickly.

The Scots team was adjusted for the 3rd set with Nicola McKenzie coming on as opposite and Hazel Gow was shifted from the middle to outside. Jenny Jones came on as libero and Hannah Grant and Steph McCall were given bigger responsibilities. All of a sudden the Scots were playing more consistently while the English lost their concentration. McKenzie in particular was having a dream debut as she defended heroically and hit intelligently. Gow too was giving the English defenders something to think about. It didn’t stop the English taking a lead although Beth Parker helped the Scots arrest the English progress in the middle of the set. Scotland faced 3 match points at 24-21 but put up an unbelievable rearguard action to take that set 26-24.

All of a sudden it was the English who were on the back foot as setter Emma Clarkson settled in to the match and the teams traded points but the first set points came to the Scots who led 24-22 to take the match to a fifth set. It all went wrong at that stage as a ball was hit in to the middle of the net allowing England to close the gap. England then took a 25-24 lead and won the match on their first match point of the set from a Scotland hit in to the giant England block.

So near, yet so far. It would have been a sensational comeback to take the match to the fifth set but it wasn’t to be.

On the Sunday, captain Caitlin McEwan was moved to the middle and Gow was left hitting on the outside. The intention was to take the game to England at the net and to use the England block to our advantage and to hold the English back with tough serving. Our start was better than the day before but you could sense the English bristling with indignation at the Scottish comeback in the first game and the “old enemy” retained their concentration through the first 2 sets winning them 25-15, 25-16 despite the best blocking efforts of Kay Wheatley and McEwan and the smart hitting of Hannah Grant and Alex Dickenson.

This was still 35% better than the scores from the first 2 sets the day before, so the question was could the Scots raise their game once again to challenge a very good English side. It didn’t look promising at the start of the set as Scotland fell 9-3 behind but then Steph McCall hit 5 fantastic serves in a row to bring the set almost level again. However, it was to be the end of the Scottish resistance and the English built a big lead before the Scottish receive collapsed at the end of the set going down 25-13. It was a desperately disappointing end considering how much the team had put in to the season and the week end.

However, we have to believe that massive experience has been gained by the players and coaches alike as a result of the weekend and the season long programme, it is important that we recognise this as the beginning of these players careers and that we work hard in a professional manner to build on everything achieved so far and to make sure that when our teams meet these challenges again as under 20’s or in the senior ranks the outcomes are victories.

It was very generous of the British Volleyball Federation to invite us to play on this bill and we wholeheartedly thank them for that and I sincerely hope we did enough to be invited back if the opportunity arises. The girls learnt so much not just from their own matches but also from the fantastic volleyball played in the GB men’s win in a five set thriller against Croatia.

I would like to thank Tom Rooney for his input and his support to the group this season and Lynne Ramage for standing in as team manager for Sheffield and doing such a fine job.

I would like to finish this article by thanking the Scottish Volleyball Association particularly Margaret Ann Fleming and Thomas Dowens for the tremendous support that they have given the group all season and to thank the young women themselves for their great support for this year’s programme and on this occasion those players who gave so much in the two games against England. I keep saying it but the Scottish game is well positioned to benefit massively from the influx of very talented young female players who have come in to the game and who have given their time to the Scotland national programme. 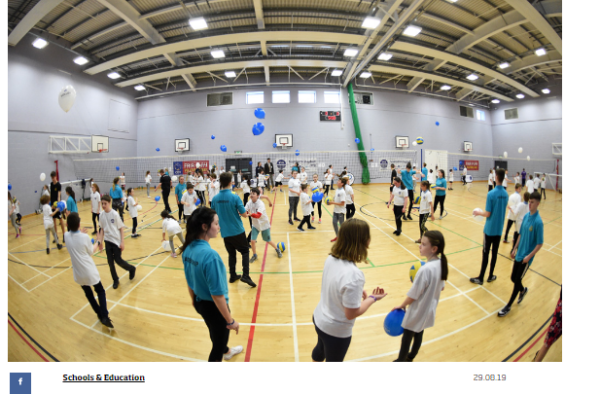 CEV Schools Project #NetSetGO European partnership brings school pupils to the heart of our sport. When CEV launched their… 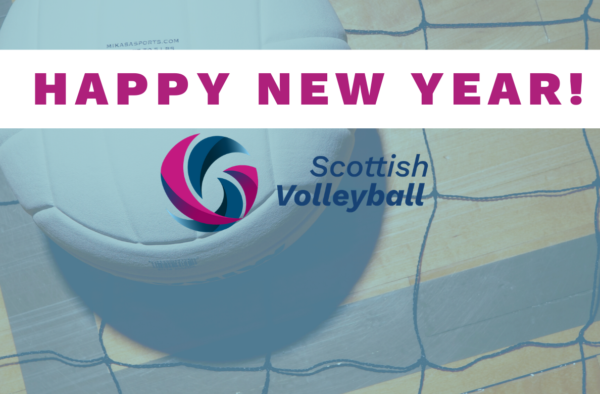 A false start for us all. Back in March 2020 we had to cancel all of our activities due…