A Week in the Life of the SWNTP

With the exhilaration of our victory in Ireland gradually fading into memory, it was time for the Senior Women’s National Team squad to return to practice as the Programme entered its second phase.

In phase one, we had worked hard to build a solid passing structure and there was evidence in Ireland to suggest that we had succeeded in making progress in this area. What we need to do in phase two is ensure that, based on this passing structure, our sideout hitting creates problems for any opponents we might face.

Stirling University was the venue for our ninth practice session on Sunday 29 October as our usual base, The Peak, was not available. The session was shorter too – 3 hours as opposed to our normal 5 – and on top of that we had to compete with the noise from a University fencing competition on the adjacent court! Do they always have to sound a buzzer every time they score a hit?

The focus for the session was about building hitting options and after a sluggish start (not sure if the clocks going back had an impact here) the intensity gradually began to build. We played around with timing of attack approach. The key thing was to make the players aware of the timing links they need to make with the pass and the set. At times the results were outstanding, sometimes they were disappointing while at others they were downright humorous – just ask Dave McEwan who was feeding the drill…he has the bruises to prove it!

We had fifteen players at the session with the other three players missing through JNL commitments or injury. This may not seem that significant but believe me it is. The players are making a huge commitment to the Programme. They are traveling from all over to be there. They come prepared to work, listen and above all to improve. If you meet any of the players at a club match you should ask them about the Programme. Ask them how things are going.

I’ve mentioned before that the SWNTP belongs to the Scottish Volleyball community, and I can assure you that the players understand the role they are playing in representing Scottish Volleyball. Don’t take my word for it…come along and see for yourself (you’ll find the schedule under the National Team link on the SVA website). You’ll be made very welcome.

It’s back to The Peak next Sunday (6 November) for practice session number 10 followed by Round 1 of the Net-Gain Series at Coltness High School on Sunday 13 November.

Next week’s ‘A Week in the life of…’ article will bring you more details on the Net-Gain Series, what it’s all about and who’s involved. There will also be a reaction to the draw for the CEV Small Countries Division Qualification tournament! 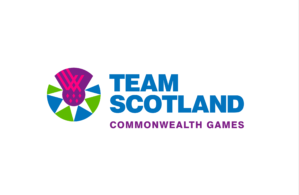 Be part of something special and volunteer with the SVA