Dundee Volleyball Club “Meet me at the Net” Revisited

The feature match of the day was the 2nd Division men’s game between Dundee and Mets.  My hosts for the day were the inimitable John Scrimgeour and Jen Henderson.  There are few in Scottish Volleyball that wont know all about John (and he remains a truly one off character) and all he had done and continues to do for Scottish Volleyball.  Jen is also passionate about volleyball and is PE and Sports Co-ordinator at Carnoustie High School, and has already made a huge contribution to the club and is building very strong foundations to ensure success continues for the foreseeable future.

The club has been through another period of change since my last visit.  Promotion to the 1st division allowed the creation of a 2nd team who entered into the 3rd division and along with the women’s 2nd division team, saw the club back to a healthy position in terms of playing members.  However relegation from the top flight the next season led to the departure of a number of players who wanted to play in the top league and the club go back down to one men’s team and one women’s team.  During this period however, the club continued to strengthen their links with local schools and in particular with Carnoustie High school and their newly formed Junior National League team. Many of this Junior National League team have now made the step into the National League with Dundee and are thriving in the competition level the National League provides.  They have reached the semi-finals of the women’s Scottish Cup which is a great achievement for these young girls.

Q. What is the best thing about playing for Dundee?
A. The people at the club and the coach, John Scrimgeour, also the social side of the club.

Q. What has been the best moment/match of your volleyball career?
A. Playing in the European championships in Malta against Cyprus.  Being the starting setter and winning our first European set.

Q. Who is your sporting hero?
A. Andy Murray because he works and trains so hard to get the results he wants.

Q. What is your ambition in volleyball?
A. I would like to go on and play for Scotland and be the starting setter or be in the starting 6.

Q. What is the best thing about playing for Dundee?
A. It is a very friendly club and everyone supports you.

Q. What has been the best moment/match of your volleyball career?
A. Playing at the UKSG for the Scotland East team

Q. Who is your sporting hero?
A. Lynne Beattie

Q. What is your ambition in volleyball?
A. To become the best setter possible and play in the National Team

In addition to all the great work Jen has done to bring the junior players through from Junior National League to National League, Jen also organises and runs festivals throughout the year at Carnoustie High School which are well supported by many local schools including High School of Dundee, St Johns and Montrose Academy.  Some of the senior pupils have also undertaken their Sports Leadership Qualification and are putting their new found skills to good use delivering a series of volleyball sessions with the local primary’s.

Iain Cook, another long time servant of Scottish Volleyball is also delivering sessions for both junior and senior players at the North Inch Campus in Perth and providing links to the club.

The people who contribute to the success of Dundee Volleyball Club also contribute to the bigger picture of Scottish Volleyball.  John Scrimgeour has carried out most roles within his career which goes back more years than John would probably admit to!!  He is currently the Assistant coach to the Young Senior Men’s team, hosts the SVA National Schools Festival each year in Dundee and is a member of the SVA’s Coaches Commission.  Iain Cook is also the Assistant Coach to the UKSG’s Scotland East boy’s team and has also recently taken on the role of Assistant Coach to Simon Loftus and the Senior Men’s National Team.

Now to the match.  Dundee v Mets, Men’s 2nd Division, FBS 12pm.  The match started with some long exciting rallies but it was Dundee who took an early lead with some impressive setting from John Scrimgeour linking up well with Iain Cook and Lindsay Dowie.  Mets started to find some form in Andy Fleming but some excellent blocking from John Scrimgeour and Radoslav Marinov gave the first set to Dundee 25-14.  Both teams started well in the 2nd set with some great hitting from Scott Montgomery from Mets but this was matched by a great display from Michael Coward and the score stood at 11-11.  From this point Dundee stepped up a gear and with some great defence from Northern Ireland under 21 Internationalist Jack Clarke and powerful tactical hitting on the outside from Iain Cook Dundee took the 2nd set 25-15.  Dundee continued to demonstrate great team work in the 3rd set and took an early 11-5 lead but Mark Hudson produced some great hits to bring Mets back into the game at 14-10.  Michael Howard came out fighting again and produced a series of winners to end the set 25-16.  The fourth set was a close encounter with young Dominik Sirant from Mets showing his defensive skills but again the attack from Dundee proved too strong for Mets and they edged the set 25-23.  Again in the 5th set John Scrimgeour’s linkage with his hitters and great defence from Dundee finished the game 15-9 and 5 sets to 0.

MVP was awarded to John Scrimgeour.  John ran a great offense throughout the match and his drive and enthusiasm are second to none.

Another very enjoyable day as my “Meet me at the Net” project comes to a close for the season.  Dundee Volleyball Club as ever are great hosts and a very friendly and welcoming club.  My thanks go to John Scrimgeour, Jen Henderson and Jim Houston for his excellent cuppa!!  If you would like any further information please contact Leigh Watson (Club Administrator) or myself.

Eask Kilbride serves up another winner

On Thursday the 29th of October, Active schools co-ordinators in East Kilbride held a mini volleyball festival at the… 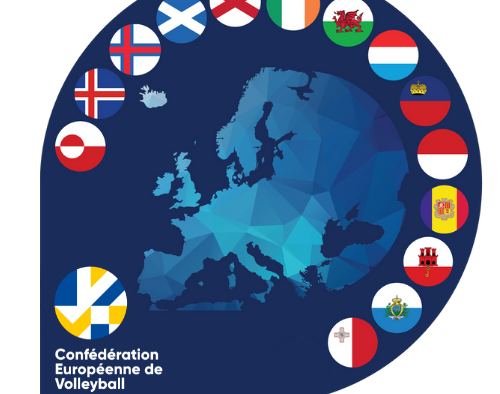