It’s Ayrshire against Edinburgh and East against West as the Schelde Sports National League comes to a dramatic conclusion this weekend with the finals of the Division One playoffs.

City of Edinburgh and Kilmarnock Blaze match up in the mens final, which is a repeat of this year’s Top Teams Cup final.  Both teams battled back from first leg reversals in the revised, best-of-two-legs semi-finals, against Bon Accord and last year’s champions Glasgow Mets respectively, and a closely-fought battle is expected this time.

The first leg will be hosted by Kilmarnock on Saturday at their alternate home venue of Mearns Castle HS (FBS – 12.45pm), and the second leg is at Queensferry HS on Sunday with a 1.00pm FBS.

The womens final brings together Troon Prestwick & Ayr and City of Edinburgh.  These teams have won the league for 11 of the last 12 years (the only interjection being that of Su Ragazzi in 2008, on the last occasion that the league weas decided over two legs).  City of Edinburgh go for their third title in succession, although Troon will enjoy home advantage for the potentially-vital 2nd leg, with ‘Golden Set’ applying this year for the first time if the scorelines from both legs are identical.

Why not try and get along to see some great volleyball, and the winning of the national championship by one of these teams. 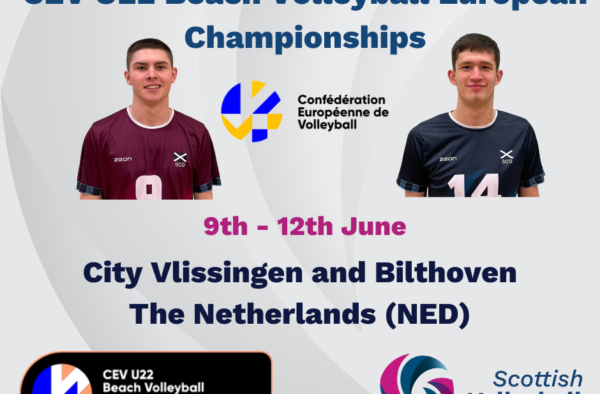 During last night’s Men’s Olympic match between Brazil and Tunisia, Scotland had 7 members in some form of capacity…