The final silverware of a glittering indoor season was concluded at Wishaw Sport Centre Saturday 19th May 2012 with the Scottish Volleyball Association Celtic Cup and National Regional League finals.

With the availability to use two halls the day itself ran smoothly with the Regional finals providing everyone with the charm, excitement, fun and performance which this new competition truly deserved. “I thoroughly enjoyed all the regional final matches and was delighted not only at the level of performance but with the enthusiasm and good spirit demonstrated by all four clubs” said Margaret Ann Fleming, CEO SVA.
The finals standings;

The Celtic Cup final is now in its second year and Scottish Volleyball had the privilege of hosting the club league champions of Northern Ireland.

The Scots teams were triumphant in both men’s and women’s competitions with City of Edinburgh  repeating their performance in the women’s Celtic Cup against the University of Ulster Jordanstown with an impressive straight sets victory (3-0) and Kilmarnock Blaze won a tightly fought match against Richhill Raiders, losing the first set and fighting back to win (3-1).

Along with the established cup the SVA introduced an award for the MVP.

Women’s MVP from the City of Edinburgh Club Natalja Durkaca

Scottish Volleyball would like to sincerely thank Northern Ireland and their travelling support for the very early start and late finish to be with us in North Lanarkshire. And although this competition is still in its infancy there are signs that it will grow in stature and level with both countries looking to forge even closer links in the years to come.
Well done to everyone involved, 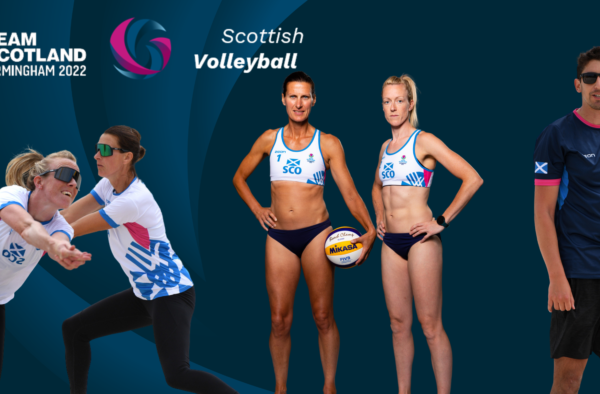 Scottish Volleyball is excited to unveil our Commonwealth Games playing and training kit. Lynne and Mel in their training…
General University 29th April 2014