third Olympics Group A outing. The hosts, who had beaten Algeria in their previous match, were narrowly edged out in the first set 27-25.

However, the Italians, ranked number four in the world, secured each of the next two sets 25-12, with Carolina Costagrande (12 points) and Lucia Bosetti (11) in good form.

Great Britain, who lost their London 2012 opener against Russia, have two matches remaining in the competition, against Dominican Republic on Friday (16:45 BST) and Japan on Sunday (14:45 BST).

A victory in either game should seal progress into the quarter-finals, but coach Audrey Cooper is targeting the Dominican fixture in particular.

“You’re always looking for something out of a match and today [against Italy] it was a performance,” she said.

“But come Friday, we are going for the Republic. We have been scouting them for the last year. It’s going to be a massive match.

“Dominican will be feeling it, they are without a win so far, and we will be going for them.”

Japan beat Dominican Republic 3-0 on Wednesday, while Russia joined Italy at the top of Group A on nine points.

Captain Lynn Beattie (pictured), 26 and from Glasgow, said: “Italy are a quality team, they’re number four in the world, I think in that first set we showed we can compete with the best teams in the world.“We got a win on Monday night (against Algeria) and we’ve put our name on the volleyball map, we’re disappointed with the second and third sets but there are positives we can draw from that game.“Friday is not going to be easy against the Dominican Republic, it’s a game we need to win but it’s a game we know can win along with Japan on Sunday. We’ve shown we can do it so why not go out there and produce another win.” 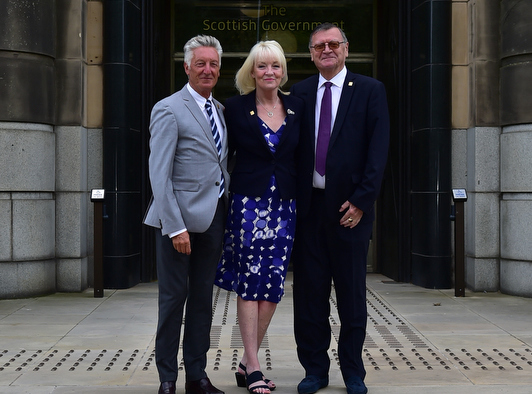