the Olympic tournament at Earls Court, Brazil could turn the odds and claim a come-from-behind 3-1 win to take their second consecutive Olympic crown after their first success four years ago in Beijing. Japan downed Korea 3-0 in the classification  match to claim their first Olympic medal in 28 years, thereby bringing the “Land of the Rising Sun” back to the top after this nation had dominated the international volleyball scene through the ‘60s and ‘70s.

After the real setback they had suffered in the opening set that ended for Brazil with the worst score ever since the introduction of the rally point system, only a few were keen to pick out the 2008 Olympic champions as the eventual winners  of the gold medal at Earls Court. However, they eventually stormed back stepping up their quality and intensity to finally  stop the American scoring machine and go for a well-deserved 3-1 win

(11-25, 25-17, 25-20, and 25-17) to strike gold and let their many fans erupt in joyful celebrations. Jaqueline Carvalho played her best game in London right by the moment it counted the most, totalling 18 points at the end of the match, with three more – Sheilla Castro, Fabiana Claudino and Fernanda Rodrigues – finishing in double figures.USA’ offense got somehow stuck after a brilliant first set with their best attacker, Destinee Hooker, being controlled by the Brazilian block and ending up by chipping in with 14 points. With Team USA settling for their third silver medal at the  Olympics, this result expands Brazil’s medal collection to four, with two gold and two bronze medals included in their unique showcase. Additionally, Brazil are the sole team capable of claiming back-to-back crowns together with the Soviet Union (1968 and 1972) and Cuba (that actually got three through 1992-2000).

Japan dream to win an Olympic medal finally turned into reality in London as the duo formed by the “Saoris”, Kimura and Sakoda, played a superb classification match to edge Korea in straight sets (25-22, 26-24, and 25-21) to eventually claim bronze, the first medal for the nation that hosted the first volleyball Olympic events in 1964. The last time Japan had finished among the top three was in 1984 and since those days the quest for Olympic glory of the players from the “Land of the Rising Sun” had regularly resulted into a series of failures and major disappointments. This medal actually pairs with the bronze this group had seized two years ago at the World Champs in Tokyo, but stands out as a unique way to support the  popularity of the sport in a country that has been always fond of volleyball but had lacked top finishes for a couple of decades. Korean star Kim Yeon-Koung once again top scored for her side with 22 points but was eventually bested by Saori Sakoda who paced Japan offense with 23. Even though they failed to return to the Olympic podium for the first time since 1976, still Korea remain the major sensation of the tournament and with Kim being only 22 they will be a major force to  reckon with also in four years by the time the Olympics will take place in Rio de Janeiro.

Voting for the Scottish Volleyball Leagues' Most Valuable Players is now open!   After opening nominations to coaches from all SVL… 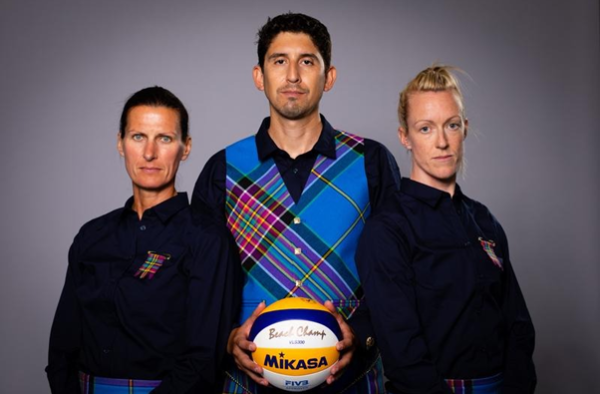 Lynne and Mel are set for an exciting few weeks in Birmingham. Photo by Lynne Marshall | www.volleyballphotos.co.uk With just…