Britain’s men fought hard against Russia in their opening sitting volleyball match of the London 2012 Paralympic Games, but despite raucous support from the ExCeL South Hall crowd, they lost in three sets to the Beijing bronze medallists.

For captain Rob Richardson, it was just a few points that made the difference between the teams. “In my opinion, the team played very well and in the end the whole match is just about a few key points that we missed,” said the 30 year old Londoner.

“We had a plan and it worked but unfortunately because of the key points we lost the match.”

Russia were very consistent and although Britain did show some flashes of excellence during the first set, Russia always held the advantage.

Britain began the second set well but Russia came back to take the lead, and with Alexander Savichev starring, showed why they are ranked so highly.

Buoyed by the partisan crowd, Britain found some form through Richardson’s serve in the third but Russia had too much in attack, particularly with the power of Viktor Milenin at the net.

“Russia got up to speed quickly,” said Richard Dobell, a former standing and beach volleyball international from Newcastle-under-Lyme. “We struggled but the first game is notoriously difficult. It was amazing to get the first game out of the way.

“We are a strong, physical team and have to get up to speed quicker. We’ve got three games to make it work.”

Britain’s second game is against on Friday evening against Egypt, who play Morocco this evening.

“We will watch the video of their game,” said Richardson. “We’re not here to just have a go. We are very serious and we want to go further in the tournament.” 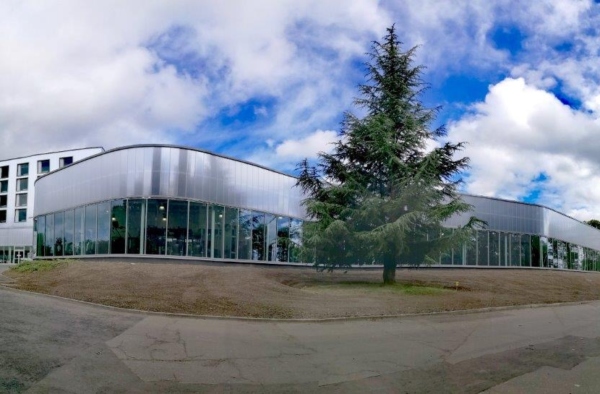