Although the 2012/13 volleyball season still has a long way to run, the student volleyball calendar has already seen more than half of the domestic competition already completed.  Scottish Universities leagues operate within the British Universities and Colleges Sport (BUCS) framework and the top two leagues have 6 teams which play home and away – most fixtures normally being completed by Christmas.  A total of 27 university teams are contesting the 1st and 2nd division competitions in men’s and women’s volleyball and the action has been hot since the season started on October 7th.

s competition, Edinburgh sit on top of the 1st Division having completed the first half of their league campaign unbeaten. Although they have dropped three sets – most notably against a well marshalled Strathclyde team which they beat 3 – 2, the capital team are a strong unit and harbour hopes of progressing further in the knock-out stages of the overall BUCS Championship later in the season.  At the other end of the table, Aberdeen and Dundee are locked in a tight battle to avoid relegation, with both teams having beaten the other in their head to head tussles.

The men’s 2nd Division is a much more open affair, with any one of four teams still harbouring hopes of the promotion place at the end of the season.  Heriot Watt is emerging after a lean competitive period, while Abertay has the most talented group of players available since the university entered the league three years ago.

The competition in the women’s 1st Division is clearer, with old adversaries St Andrews and Edinburgh battling it out for the top honours. However St Andrews’ recent 3 – 1 victory in what many viewed as Edinburgh’s last opportunity to stay in the title race, suggests that, unless an unforeseen upset takes place, the women’s league will be claimed by the Fife university this season.

Heriot Watt sit top of the women’s 2nd Division and this strong unit looks to be the hot favourites to return to Div.1 after a long absence.  It is also gratifying to see Edinburgh, Glasgow and St Andrews all having second team’s competing in the lower tier this season.

On their return from the festive break, teams get the opportunity to test themselves in the Scottish Universities Cup, which takes place on 17th February – the men’s event at Stirling and the women’s in Dundee.

A welcome development in Scottish Volleyball has been the increasing numbers of university teams competing in the Scottish Cup, providing a freshness to the competition.  Edinburgh, St Andrews, Dundee and Stirling have all committed to the national cup this season and with Dundee women having reached the Thistle Bowl and Plate finals in recent years, there are hopes that this achievement might be repeated by one of the student teams this season.

With increasing college volleyball activity being delivered through recreational festivals and the Scottish Colleges Volleyball Championships taking place at the Aberdeen Sports Village on 1st May as part of the multi sport National College Finals, there is certainly plenty of action taking place within the tertiary education sector for volleyball!! 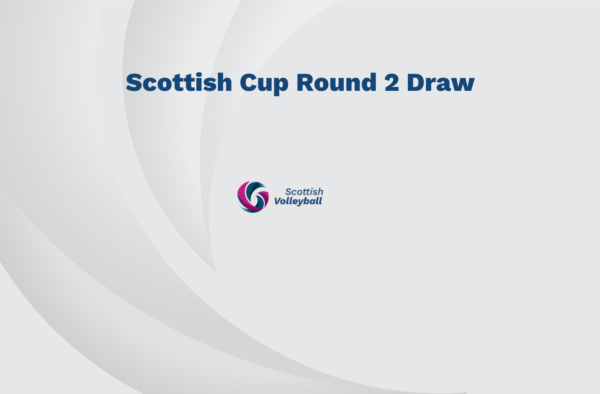 After a thrilling weekend of volleyball with about 40 matches being played at the same time, the second Round…
General School 8th December 2011