Volleyball aficionados were treated to some epic-level play on Sunday, as the first silverware of the season was contested at Ravenscraig Sports Centre in the finals of the Zoti Sports John Syer Trophy.

After nearly 4 ½ hours of play, City of Edinburgh and Kilmarnock Blaze were crowned as the first champions of the season, but only after being pushed all the way to the line by opponents Troon Team Ayrshire and City of Edinburgh.

The first match on court was a replay of this season’s Scottish Cup final, as City of Edinburgh and Troon Team Ayrshire locked horns once again.  Edinburgh were boosted by the return of the influencial Mel Coutts, while Troon were still without Steph McCall, and a half-fit Caroline Clayton was restricted to a cameo role.

out with all guns blazing, and scored freely on the outside through Coutts and returning GB international Jen Thom.  However with a commanding 15-7 lead, Edinburgh’s concentration seemed to lapse, and Troon were able to stage a major comeback, levelling up at 21-21 before taking the first set 26-24.

Troon carried this excellent passage of play into the second set, and opened up a 15-9 lead to look secure in the tie, with young wing spikers Katie Barbour and Claire Ramage matching anything their more experienced opponents could accomplish.  Edinburgh then mounted their own revival, and in a truly epic set of high-qualify volleyball, picked away at the Troon defence to come right back into things.  Troon served for the second set, but Edinburgh saved the sideout through a stunning middle attack from Symonds.  Time seemed to stand still for both sides as the lead changed hands no fewer than eight times in the tiebreak phase, before a Coutts ace took the set for Edinburgh 33-31 after 42 minutes on court.

With nearly 80 minutes on the clock, and the game tied at 1-1, the teams could have been forgiven for allowing the overall tempo to drop, but this was far from the case.  Once again, both teams brought out their full offensive arsenal, although sturdy defence, led by the respective liberos Fiona Kennie and Jennifer Jones meant that clear attacking opportunities

were at a premium.  Once again the set went into a tiebreak situation, and once again City of Edinburgh proved the stronger, taking the third set 27-25.

City of Edinburgh made a key change at the start of the fourth set, bringing on Italian-born middle blocker Linda Vaccari.  Vaccari was able to contribute particularly in the blocking phase as Edinburgh opened out an early 8-3 lead.  This time there was to be no last-minute comeback from Troon, as Natalie Durcaka was able to utilise the full width of her offensive unit for the first time.  A flurry of substitutions from Troon broke the set up somewhat, but Edinburgh had one hand on the trophy, and came through victors 25-13 to claim the John Syer Trophy for the second time, with the game clock showing two hours and 20 minutes for the four sets played.

City of Edinburgh’s men followed swiftly into the action, looking to defend the tophy won last December against the same opponents Kilmarnock Blaze.  Deprived of the services of long-term injury victim Mike Penny, who will have surgery this week to reattach ankle ligaments, Edinburgh coach Barry McGuigan named himself in an attacking role as Joel Orsinger took on the libero duties for the capital side.

Kilmarnock Blaze took charge of the early exchanges, and led 8-5 at

the first break, before a venomous spell of serving from diagonal spiker Niall Collin swung the impetus back in Edinburgh’s favour.  Recent Edinburgh signing Marius Chudzik proved his worth along the net as a real blocking threat, and Edinburgh were able to seal out the set 25-17.

Killie coach Stuart Edgar shook up his pack between sets, as Euan Duncan emerged at swing hitter, Edgar adopting a middle blocker role to counter the threat of Chudzik.  Once again the teams were able to go point for point in the early phase, before McGuigan and Collin re-asserted the Edinburgh dominance with a display of power and finesse in equal measures.  Edinburgh looked head and shoulder ahead of the Ayrshire side at this stage, and rocketed to a 25-15 second set triumph.

Killie and Edgar went to Plan C at this stage – Edgar returned to the outside, and Callum Green reverted to his national team position of diagonal spiker.  Finally the balance looked right for the Blaze, and after some tenacious defensive play through to the second technical timeout, coupled with real aggression in the offensive phase, Kilmarnock were able to turn around a 14-16 deficit into an 18-17 lead, and off the back of two crucial first phase kills form Stewart Caldwell, took the third set 25-22.

Edinburgh were clearly stung by this, and re-emerged for the fourth set determined to make the crucial breakthough.  However Kilmarnock had their tails up, and in the longest set of the mens game, nullified the threat of Collin for the first time, to take the fourth set by an identical 25-22 scoreline.

And so to the decider.  McGuigan returned to the bench, as Jamie McHardy’s height and power was preferred.  In the early phase this looked like a masterstroke as McHardy launched a series of bombs from the back row, but Kilmarnock dug in ferociously, and went to the turn 8-6 ahead.  As has so often been the case in the past, it was that man Edgar who played the decisive role in determining the result, as a sequence of five powerful serves knocked the wind out of the Edinburgh sails, and the merest of touches on a Callum Green cross court hit was sufficient to hand City of Edinburgh their first defeat since March and give Kilmarnock their second Top Teams cup victory. 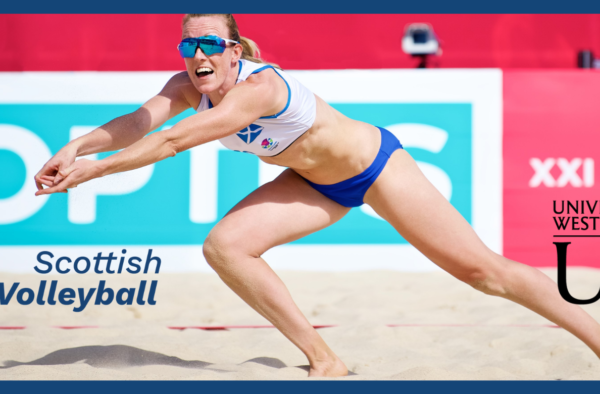 As part of the exciting new partnership announced this morning by Scottish Volleyball, CEO Margaret Ann Fleming said, ‘We… 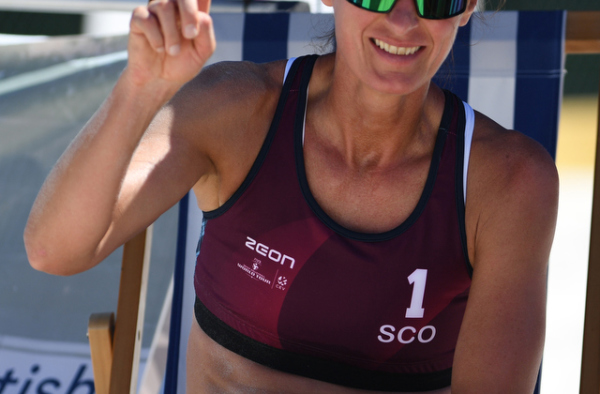 Tournament heats up as temperatures rise