National League 2nd Half starts with a Bang

After some tough matches between Su Ragazzi II and Glasgow Mets II, the teams will be going head to head at Coltness High School in a bid to put a dent in their rival title challenge. Both teams had successful starts to the season but a defeat for Su II could mean their chance of promotion takes a
dent. Bellshill Cardinals will be hoping the loss they sustained before Xmas is well and truly out of their system when they entertain 3rd place Lenzie. A win for Lenzie will put them on the same points as Bellshill and will give them the boost they need to challenge for the title. Kilmarnock II host South Ayrshire II hoping they can get a big victory for the young side.

Troon Team Ayrshire will open up their second half of the season with an away tie to Ayrshire rivals South Ayrshire. The Troon side will be determined to ensure there are no hiccups to try and win back the league title off City of Edinburgh. With 1 win between the 2 teams, this season could end up going to the last match of the season if both teams do not lose any of their other matches. Edinburgh have a difficult start to 2013 with an away tie to their Edinburgh rivals Edinburgh Jets. With Jets having some of their players back from injury and commitment issues, the team will feel they can put Edinburgh under a lot of pressure. NUVOC will be hoping to go one better than their first match of the season against Su Ragazzi. The capital side lost 3-2 at home but will be doing everything they can to reverse the scoreline this time. NLVC had an excellent end to 2012 by sitting in joint 2nd at the break. One of their 2 defeats though was against Aberdonia and the team will be looking to avenge that score when they host the Granite City side at Brannock High School.

In Women’s Division 2, there is a top of the table clash between Edinburgh Jets II and Kyle Team Ayrshire. Both teams are undefeated in the league this season and will be going all out to ensure they maintain their 100% record in the first of 3 matches between the teams in the coming weeks. South Ayrshire II will be looking to pick up some sets and potentially wins in the 2nd half of the season when they entertain Glasgow International. GI need to win this to keep the pressure on Dundee for the higher placing in the playoffs.

In Men’s Division 1, Bon Accord will travel to Dundee in an attempt to get back to winning ways after losing their last 2 matches before Christmas to ensure they keep their playoff rivals off their backs. City of Glasgow Ragazzi will be hoping to repeat one of their victories before the break when Glasgow Mets travel to Coltness. Kilmarnock Blaze will be looking to keep the pressure on City of Edinburgh when they host South Ayrshire in the local derby. The final match in the division will see top of the league City of Edinburgh play 2nd placed Edinburgh Jets. Jets had their best run of wins in the league for over 15 years and will be determined to keep that going after Xmas. If City wins this match, then they will be strong favourites to regain the league title they lost to Kilmarnock Blaze last season. 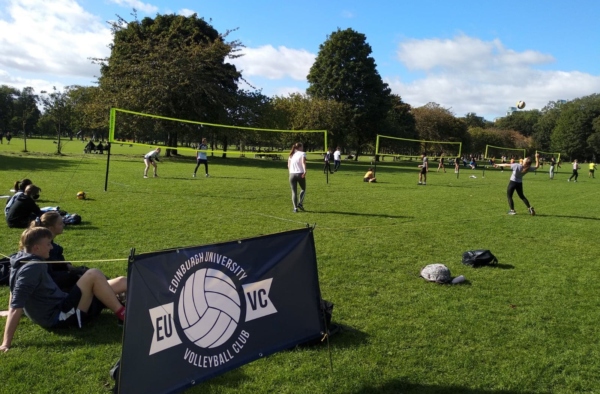 For all clubs alike this year, it’s been a challenge to adapt to our new environment and approach to…