Su Ragazzi VC enjoyed the most success at the 2013 Scottish Volleyball Finals weekend, capturing no fewer than three of the eight trophies available, coming out on top in every final they featured in.

The standard was set by the club’s men’s team in the first match of Day 1. The team outclassed Edinburgh Jets II 3-0 (25-14, 25-23, 25-18.) Lanarkshire young stars Conor Walker and Mark McLaughlin starred in the match and also both competed in the Junior Super Cup final on Day 2.

Two of their Super Cup opponents, Scott Wilson and Ross McKelvie shone for South Ayrshire in the Thistle Bowl final against Bon Accord. Despite the Ayrshire side finding themselves 1-0 down to a team that finished in the top 4, they pulled it back to win 3-1 (21-25, 25-20, 26-24, 25-16.) It was a great way to cap off what has been a great finish to the season for Iain Parker’s side.

North Grampian travelled south to compete in their second finals weekend in a row. After the team’s success in winning the plate last year, they had their eyes set on the thistle bowl this time around, however It wasn’t to be as Su Ragazzi  ran out deserved 3-0 winners (25-16, 25-16, 25-14)

In the final game of day 1 Dundee, fresh from their play-off final

defeat two weeks ago were looking to build on their late season improvement to prevent Kyle Team Ayrshire securing the double. Kyle, who were buoyed by the return of Jenny Krawczyk were put under constant pressure from Dundee star Nicola McKenzie, but Kyle Team Ayrshire showed great composure to see out the match 3-0 (25-18, 25-17, 25-16.)

Photo Galleries from all the weekend’s matches can be viewed here thanks to volleyballphotos.co.uk

Highlights of all 8 cup finals can be viewed here on the SVA’s very own YouTube channel.

A few of the same players were in action again on Sunday, day two of the finals. South Ayrshire U18 men ended their season with a 100% record, taking the honours in the Junior Super Cup final over a spirited performance from Team Lanarkshire. The Ayrshire youngsters were made to work for every single point and emerged narrow victors 27-25, 25-23.  Ross McKelvie’s successful weekend wasn’t finished there as the South Ayrshire middle blocker was honoured with the Hannah Scott Trophy for the Most Valuable Player of the final.

The Women’s Junior Super Cup final provided even more entertainment. The final was a rematch of the Junior National League Play-off final, where Marr College edged out North Lanarkshire Ragazzi 15-13 in the tie-break. Marr College took the first set comfortably 25-21 before some tidy defence from Michelle Allan allowed Mhairi Agnew to score consistently at the net to take the match into a decider, 25-21. North Lanarkshire Ragazzi took their momentum into the decider and ran out 15-7 winners. Mhairi Agnew added the Hannah Scott award to her Thistle Bowl and Super Cup medals.

The senior finals had a lot to live up to after the drama and intensity of the junior finals.

Edinburgh rivals and were in control of the set leading 21-17. Mel Coutts led her side to an extraordinary comeback taking the set 25-21 after 8 straight points. Jets never fully recovered, despite a valiant performance taking the 3rd set. Mel Coutts and captain Jen Thom were consistently set from setter Natalja Durkaca and the Queensferry sides dominance at the net won them the game. City of Edinburgh’s 3-1 (25-21, 25-14, 21-25, 25-19) win confirmed them as the first team to ever win the Quadruple.

In the Men’s final, Jets were looking to inflict further pain to their North Ayrshire rivals after piping them to 2nd place in the league and winning their epic 5-set match on the way to winning The Play-offs. Kilmarnock are a team for the big occasion and this final was no different as Stuart Edgar and Callum Green starred in a professional and efficient performance. Edinburgh Jets mounted a comeback in the second set taking a three point lead into the technical time-out with setter Martyn Johnstone managing to access diagonal spiker Glissov consistently. Kilmarnock stepped up the serve and took the set 25-23. Kilmarnock were in control and won the game 3-0 (25-20, 27-25, 25-20.)

The finals weekend was brought to a close with the presentation of the FinalWhistlleMedia Players of the Year awards, to the top players in the First Division.  The awards went as follows;

Time is running out! 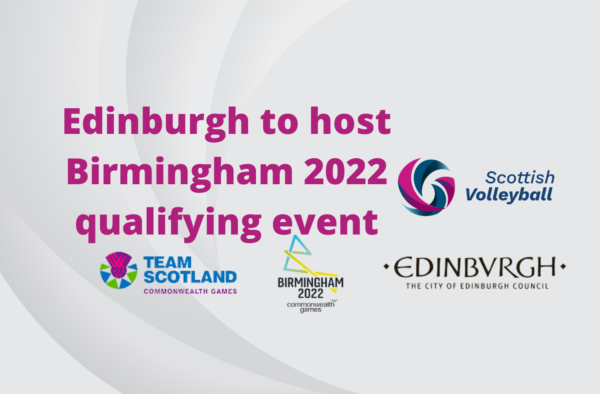