seven women’s first division pairings and a handful of recreational players, Broughty Ferry Beach Volleyball 2013 had a healthy turn out.

The final came down to Coutts/Durkaca vs Smy and Lieber. The former had won their hard fought pool match but dropped a set in doing so. With the losers determined to raise their game, Broughty Ferry was the scene of the closest and most tense women’s final in Scottish Tour memory.

Neither team gave any quarter and the scores drew level at 14-14 in the third set. A disputed point – which Smy and Lieber were convinced they had won – was replayed and taken by Coutts and Durkaca.

Sensing victory, they closed out the game in clinical fashion.

Other pairings including Anna Fischer and Ashley Dennis, Lucy Wishart and Nicola McKenzie,and Dominika Stepien/Amy Rognstad also enjoyed flashes of brilliance. First timers Natalie Gordon and Kim Stanfield were a welcome addition to the beach scene. Their fitness and enthusiasm helped make up for a lack of experience, and we look forward to seeing them improve as a beach partnership.

Over in the men’s tournament, favourites Barry McGuigan and Colin Macnab swept aside all comers in their pool match. In the other half of the draw, big upsets were happening. Top seeds in that pool, the Polish pairing of Lenard Sobieracki and Lucasz Przblyski were overcome first by Graeme Spowart and German Joel Orsinger, and then by Callum Moir and Jack McKeown.

After a tense first set during which McKeown and Moir pushed McGuigan and Macnab to 21-19, the underdogs were dispatched. In the second semi final, the formidable Mariusz Chudzik and his partner Jaroslaw Pasko were edged out by the relentless hard work and drive of Spowart and Orsinger.

Despite suffering from gastric distress, seasoned beach impresario Barry McGuigan managed to pull yet another victory out of the bag in the final, almost certainly putting the 2013 Scottish Champion’s title beyond any other player’s grasp.

His partner on this occasion, former City of Edinburgh player Colin Macnab, also put in a stellar performance.

Broughty Ferry was notable for a healthy second division men’s contest, which involved canny seasoned players such as Paul McPate and Phil Hudson facing young and hungry newcomers to the beach.

After an engaging day of play it was youth that triumphed, as St Andrews University students Lei Fang and Leonardo Maugeri edged out grizzled veterans Paul Johnson and Grant Hughes. The young blades ended their campaign without having dropped a game.

Prizes in the form of t-shirts for the boys and teddy bears for the girls were provided by Land Rover. 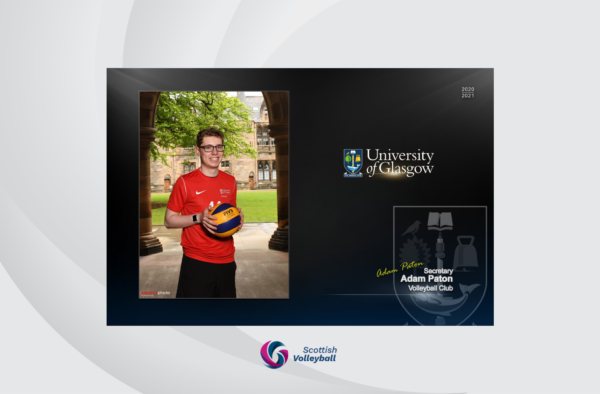 Double Recognition for Adam Paton by the University of Glasgow

Entry has opened to all Non-National League clubs for the 2014/15 Scottish Cup Competition.