The Sportscotland National Centre at Inverclyde, Largs was the venue for a weekend of hard work, planning and ultimately lots of volleyball.

The weekend was the culmination of lots of hard work from players and staff alike. With the first session taking place way back on 1st June. There have been many sessions, tournaments and camps since with lots of hard selection decisions being made along the way.

With a total of 49 players and 15 staff members at the camp there was a great ‘buzz’ around the facility.

With players from as far as Aberdeen and Banchory involved in the squads, it was great to see so many enthusiastic young volleyballs and coaching staff in the one place.

The schedule for the weekend constituted of a gruelling 3 sessions a day, lunch and dinner in between, video analysis sessions and team meetings. Most of the sessions were used as scrimmage matches between the teams with a good deal of focus on match play and tactics. There was some real high quality volleyball on show over the camp and the key will be to find a consistent level amongst the ‘bright lights’ of the 2013 Sainsbury’s School Games.

To find out who our 48 athletes and 12 coaches who will be representing Scotland at the Games please check out our squad list below.

A huge deal of thanks is due to Linda Anderson for the organisation of the camp and to all the coaches and team managers for the extensive programme they have been able to offer their althletes over the summer months. 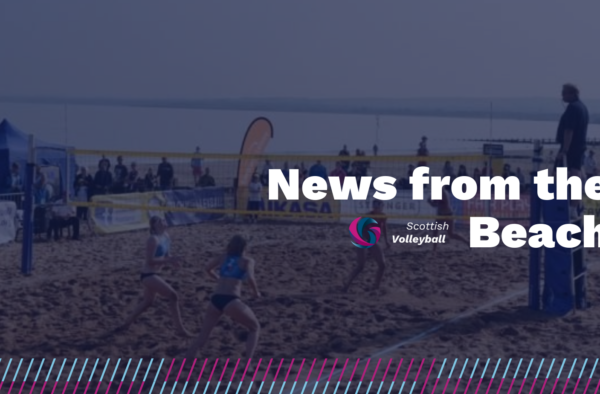 The Scottish Volleyball Beach Commission has a new face at the helm! On Wednesday evening, at the SV Board…
General 18th December 2017

The Christmas Camp has been a feature of the men’s National Team Programme for the past six years.