The first and second day of the school games experience had one thing in common; An early start followed by a late finish. However, that is where the similarity started and finished.

A smooth flight over from Scotland to East Midlands airport saw the East and West squads arrive simultaneously at the airport to claim their baggage and board the coach to Sheffield.

Upon arrival at the athletes village it was time for the part that the athletes enjoy most; (hopefully, second only to the actual volleyball) the giving out of kit and memorabilia.

After dinner It was off to the opening ceremony for all the athletes which proved to be a long evening of activity, so the players got to bed as early as possible ahead of their 6am wake up call on day 2.

Day 2 was all about one thing…Volleyball. With most teams playing three games there wasn’t an option to focus on anything else!

It was a great start to the day as TEAM SCOTLAND went 4 & 0.

The west teams both opened against the Northern Ireland with another 2 straight set wins for TEAM SCOTLAND.

Before the All Scottish affair; Scotland West boys took the undefeated England South to a set point before being edged out narrowly 25-27, 21-25.

The East v West match was a very close affair and the standard of play was excellent. With a large crowd watching on all the players rose to the occasion but it was West who managed to fight through the tension to take the third set 15-11.

The west girls also failed to get past the England South girls running out a 2-0 against the tournament favourites.

The girls had to pick themselves up for the match against their follow scots. Vince Krawzcyk’s East girls started straight out the blocks to take the first set. West girls shown great bravery and composure to fight back and take the set to a third.

What resulted was a quite extraordinary set of volleyball as it ebbed and flowed with both teams having multiple set points. In the end it was Scotland East who took the set 18-16.

The final game for Scotland East started at 7pm for their 3rd match in in the space of 7 hours. despite a competitive start Central rand away with the first 15-25.

It was a great day of volleyball where the Scottish teams wowed the crowd, here’s to more of the Same on Day 3. 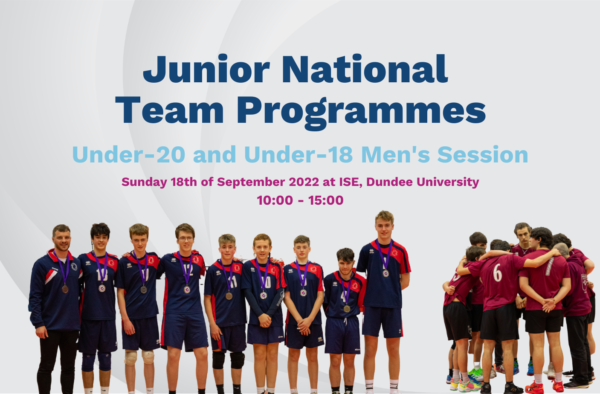 After the success of the first session, coach Ken Fraser is running the second practice sessions for both Under-20…
General 23rd August 2009

Scoring at the FIVB World Tour Event at Kristiansand, Norway