Yesterday was the first official day for Ioannis to begin his new role within the SVA. It was a long day with Ioannis representing the SVA in the evening at the Coaches Commission meeting in Falkirk. CEO Margaret Ann Fleming said “If yesterday was Ioannis’s induction into the SVA life then he threw everything in, a full day beginning in the office and then an evening meeting to start the next 12 months. This dedication and work rate is everything which Ioannis brings to this post, and I am personally delighted to be working with him.”

Ioannis who has recently achieved a postgraduate diploma in Sports Coaching, at the University of Stirling is already known to Scottish Volleyball as he currently coaches the Stirling University Team. He was awarded the Peter Bilsborough Tribute Trophy award in 2012. This is awarded to the most outstanding professional coach working for the University of Stirling. He has worked as a head coach in Scotland and Cyprus for six years and has played volleyball at a semi-professional level in Cyprus, his country of origin for more than seven years.

Ioannis is a coaching product of the SVA, having gone through several coaching courses, clinics and fast tracks over the past 7 years before achieving the level 4 award last summer.

Ioannis commented, “It is with great humility that I accept this post as I have a huge respect for Scottish volleyball and especially the people that constitute the coaching community. This role gives me the opportunity to support the role of coaches and assist in their development, something that is very important to me as I was deeply supported and assisted as a young coach not that long ago. I have been very fortunate to have a versatile perspective on volleyball as I have worked with many great coaches and coach educators in Scotland, Greece and Cyprus, countries with different signatures of play.  I am looking forward to harmoniously continuing the excellent and collective work of Scottish Volleyball coaching education over the next 12 months. 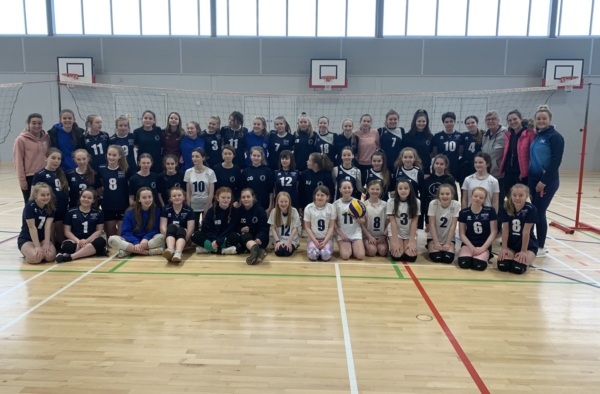 Sunday 26th January saw the premier of the brand new, multi-club U16 development day series. In the absence an…
General 28th May 2013

A Week in the Life of the SWNTP: The Four Principles of Power