Luxembourg, April 13, 2014. U20’s men’s team wrote a piece of history for Scotland as they won the very first gold medal at any level in international Volleyball competitions after sweeping three matches in a row to top the final charts of the Small Countries Division Championship.

It has been a long journey for these young players especially for some who debuted two years ago by the time this tournament was held here. They eventually settled for bronze at Ravenscraig and after that continued their steady development to crown it with an unprecedented gold medal for the nation. “I am delighted with this result and with what the boys have achieved throughout these days here in Luxembourg,” says CEO Margaret Ann Fleming, who is also the President of the Small Countries Division and a member of the CEV Board of Administration. “This shows that our junior programme works really well and we hope that this result will help us draw even more attention to volleybal

l and get many more young people involced back home in Scotland.”

Since Volleyball does not offer any Olympic perspectives and is also not included on the programme of the Commonwealth Games (whose next edition is due to take place later this summer in Glasgow) government funding is very limited. The Scottish Volleyball Association is nevertheless running six national teams – two per gender in each age group: youth, junior and senior – and some of the guys that just won gold at the Small Countries Division Championship will hopefully make it soon to the senior national team. Some others are still very young and will be eligible to participate in the U20 competition once the next edition takes place in two years. Stuart Mackenzie – who received the award for the best libero of the tournament – will turn 17 in October and has already gone a long way since he first played for Scotland at the SCD Championship held two years ago in Motherwell by the time he was only 14.

The players captained by MVP Ross McKelvie were cheered on by a small Scottish crew during their campaign at d’Coque competition hall in Luxembourg City. Three sets of parents had accompanied the team to the Grand Duchy and immediately displayed some Scottish flags on the stands of the arena. The families even co-funded the travel of their sons in order to help cover the expenses for flight tickets and accommodation – after the players had previously organized fund-raising activities to finance their participation in this competition.

Their mentor Thomas Dowens, is a well-known personality in the Scottish Volleyball family: he combines charisma and deep knowledge of the sport, something that has been acknowledged also by the Scottish Government that has made him responsible for the development of a physical education program – with a focus on Volleyball – which is specifically designed for pupils attending primary schools. Dowens is also the man behind the establishment of a Volleyball club, Su Ragazzi Glasgow, whose name stems from his past experiences in Italy. While attending Volleyball matches down there, he heard the crowd cheering on the local heroes with their “Su ragazzi!” refrain, something that means “Come on, boys!” and upon returning back home Dowens decided to found a Volleyball club that would bear this name. Five of the 12 players that won gold on Sunday come from this team that has turned into one of the major hubs for the development of the sport in Scotland.

There is still a long way to go in order to be able to compete with much popular sports such as football or rugby, but on Sunday, Ross McKelvie and his friends laid the foundations for even more success to come in the future. In a few days the U19 women’s team will be playing at the Small Countries Division tournament in San Marino and the Scottish girls will be eager to emulate their countrymen… 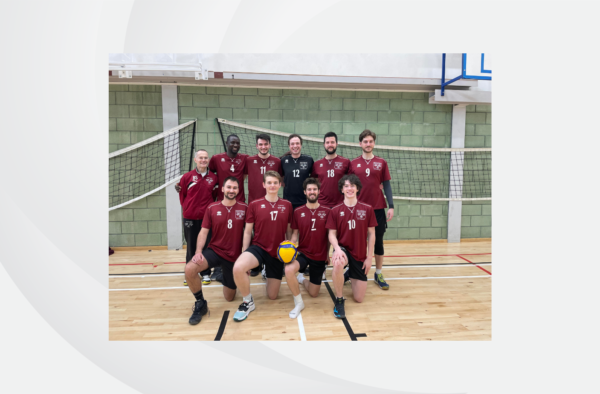