What a fantastic bunch of players! What a great group of people! These are the most fitting words to describe the Scottish U19 Women who were in San Marino this Easter weekend representing Scotland at the European SCD championships.

They took the Bronze medal position, however this was the least of their achievements. They fought their hearts out for their country defeating Wales and Liechtenstein 3-0 and losing by the narrowest of margins to Luxembourg and hosts San Marino. Indeed, they ultimately tied with silver medallists San Marino in the league table only finishing behind them them on set ratio. They were incredibly supportive of each other both on and off the court and the coaches and team management could not have had an easier time working with and motivating the group.

The tournament opened with what was likely to be our toughest game against eventual winners Luxembourg. Scotland had 11 new faces from the finals 2 years before but the Scots stunned the players from the Grand Duchy in the first set as Scotland served and hit their way to a deserved 26-24 set win. Luxembourg coach Ranguel Krivov adjusted his rotation in a successful attempt to keep big hitting Mhairi Agnew at bay and the next two sets saw straight forward victories for Luxembourg. However, the Scots changed setter in the fourth bringing on Katie Shaw and putting  Priya Gill into a wing hitting position. The team recovered and won the set 26-24 and took their much favoured opponents to a fifth. A repeat of 2012’s five set win against the same opponents was not to be and Luxembourg took the set and the match.

Next up the following day were the tournament rookies of Wales ( it was great to see our Celtic neighbours at this event), A 75-27 overall scoreline didn’t flatter Scotland. The highlight though was 13 year old Julianne Hendry coming on at the end of the 3rd set and serving the last 5 points of the match with 3 aces included for good measure.

Within four hours Scotland had to return to the court side to face the home team in front of a full house.

The match start was delayed as the Scotland group shared a pre match photograph with their hosts as a tribute to Paulo Bienvenuti the President of the tournament organising committee who had tragically died on the eve of the tournament. Even more poignantly his daughter was part of the team to play Scotland.

When the match finally got underway the Scotland girls were met by a barrage of noise each time they stepped up to serve and 9 service errors were recorded in a first set which Scotland strongly dominated at the net through Agnew, Emma Lawrie and Jane Drauz Brown but still lost 25-19. (Astoundingly our average serving errors in all other sets in the tournament was less than two)

performance as they blew their hosts of court in a 25-7 set win with the ball hitting the ground from one in every two of our smashes. Raveen Gill passed immaculately, Claudia Henry served tough , Priya Gill ran the offence accurately and Lawrie, Drauz Brown, Rachel Morrison and the amazing Agnew blocked and hit stunningly to put Scotland on the front foot.

San Marino raised their game in the third especially through their continued heavy serving but the Scots kept their noses ahead to take the set 25-23 and were now standing one set from a likely silver medal.

Unfortunately, San Marino took an early lead in the fourth set and with a very large vocal following sitting less than 5 metres from the court side the Scots girls began to make a series of unforced errors on service receive and around the court in recovery play and with it the hitters lost their momentum and this messy set was won comfortably by San Marino who now took the game to a fifth.

The Scots team was changed substantially including Megan Quinn returning to court to attempt to stall the home sides new found dominance but with the crowd now at fever pitch the San Marinese team took an early lead which could not be wrestled from them. However, at 12-9 Katie Shaw came back to the fray and served 2 fine serves in a r

ow to claw us back to 12-11 but her third serve was returned with interest and the Scots went down 15-11 to scenes of mass celebrations amongst the home sides players and support.

The silver was gone and a match on the last day with Liechtenstein would decide the bronze medallists. A thoroughly professional performance saw the Scots coast to the medal they deserved as Lisa Thomson showed her all round court ability and Marsail Hood also proved why she was part of this national team. We were even able to use all 12 players in our last set of the tournament.

The closing ceremony so professionally stage managed saw further accolades for the Scots with Mhairi Agnew winning two of the individual awards for best scorer and best blocker and Priya Gill took the award for best setter. Mhairi with 81 points scored was 23 points ahead of her nearest challenger, T

hey thoroughly deserved their individual recognition but they generously acknowledged in our final team meeting that they couldn’t have won these awards without the great build up support they received from their team mates.

Our greatest thanks must go to the tournament organisors  who despite facing the most trying circumstances ran a truly wonderful tournament in conjunction with the CEV technical delegate. Our own referee Grant McIntyre officiated very professionally even when being caroused by the Scottish players from the stands.

Of course, there are others to thank too. Not least Scottish Volleyball and our CEO Margaret Ann Fleming, who have supported youth development in Scotland so well and were prepared to allocate funding to allow our junior women to benefit from this brilliant event.

A big thank you is due to all the parents and guardians who put in the time and money to make sure that the players could make all the practices and attend San Marino. We also had a large group of relatives supporting the team at the tournament and that was very much appreciated by the players and the coaching staff.

Our thanks go to Tameside Volleyball Club from Manchester with whom we had reciprocal training/playing arrangements and the Scottish Universities, Jets VC and Troon VC who helped the Scots prepare with challenge matches.

My own job has been made so much easier by the magnificent support I have received over the past few years from Tom Rooney and Aileen Hall our management team who cut short their honeymoon in Cyprus and took 2 taxis , 2 flights and 3 trains to be with us and thanks go too to our new physiotherapist Jenny Jones who kept all the players in action throughout the tournament.

And finally, to a truly great group of players who have trained so hard in such good spirits and who represented their country with distinction in San Marino. I said before they left that they would do Scotland proud and I wasn’t wrong. They may be a little bit disappointed in the colour of their medal but they along with those who won silver two years ago in Cyprus represent the golden future for the Scottish game.

** If you would like to train in the young Scotland programme and are of secondary school age then you should look towards attending the training days which commence shortly for the UK School Games. Keep your eyes open for details of this on the SVA website or ask your coach or parents/guardians to put you forward for these.

To see a full gallery of the whole event, click here! 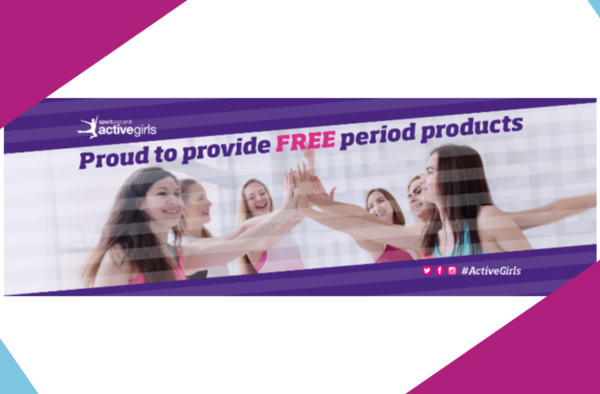