On the men’s side, experienced pairing of Graham Riddle and Barry McGuigan were an obvious selection, and new pairing Robin Miedzybrodzki and Seain Cook look to make a dynamic duo.

Training has been intense and continues to test all our athletes. The competition sets them up against Norway, Slovenia, Northern Ireland and Belgium. Good luck to all teams on Scotland’s first official involvement in senior European Beach Volleyball competitions.

A big thank you to all those who attended selection training. There will be more opportunities, so keep training and watching the SVA website for updates and follow the team on the SVA social media. 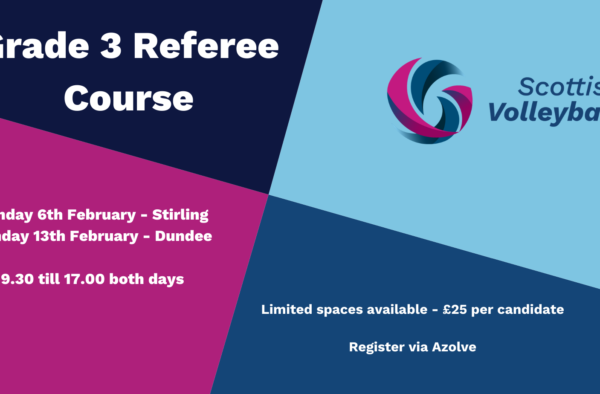