Scotland Men are victorious at Portobello

2014-2016 CEV Beach Volleyball Continental Cup in Edinburgh after Ireland hit injury troubles in the final.  Slovakia followed to book the remaining ticket into the third round by edging Ireland in a dramatic match-up for the second place.
Scotland 2, Ireland 1
Seain Cook / Robin Miedzybrodzki won an epic golden match against Tim Church / Robert Brennan after saving six set points in the first set.  In a top-quality match, which brought out the best of both teams, Ireland looked in control at 20-18, but Scotland hit back.  Ireland saved one set point at 21-22, but Cook put away the final point on Scotland’s second set point for 27-25.  At 14-12 to Scotland in the second set, Ireland had to call a five-minute medical time-out after a back injury to Brennan.  He was able to resume, but clearly did not have the same mobility and Scotland completed the job at 21-18.  Church / Brennan had earlier beaten Jamie McHardy / Graham Riddle by 2:0 (21-19, 21-18) and Cook / Miedzybrodzki had come through against Jonathan Whitty / Andrew Goti by 2:0 (21-15, 21-8).
Robin Miedzybrodzki, player of Scotland:  “It was a high-quality match and I was happy we kept our nerve to win that first set.  We had the momentum in the second set before the medical time-out and, although it went a bit flat after that, it was important we kept our concentration.”
Ireland 1, Slovakia 2
Robert Majzel / Michal Kollar secured a 2:1 win over Ireland in a dramatic golden match.  After taking the first set comfortably by 21-14, they looked in control against Robert Brennan / Tim Church at 17-15 in the second.  But some great blocking from Church helped the Irish take the next five points and they kept the pressure on to win the set by 21-18.  In the tie-breaker, some great play from Kollar took Slovakia to 9-6, but Ireland hit back again and a strong serve from Brennan gave them a 10-9 lead.  The Irish then led by 12-10, but Slovakia powered back.  Kollar wiped one off the block to give them match point and then a clever hit deep into the corner form Majzel wrapped it up at 15-13.  Earlier, Majzel / Kollar had beaten Jonathan Whitty / Andrew Goti by 2:0 (21-9, 21-15) and Church / Brennan had beaten Roman Spacek / Viktor Kocinak by 2:0 (22-20, 21-18).
Michal Kollar, player of Slovakia:  “It was a fantastic tournament.  There were a lot of people here and I liked it so much.  I think the best match was saved to last – it was very close and the final set changed all the time.”
share: 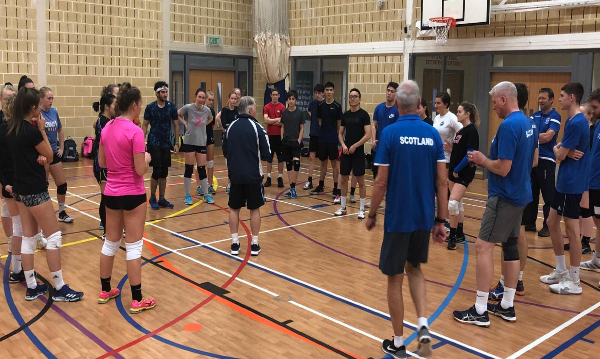