After the CEV SCD Qualification Tournament in Iceland in June, Interim

Head Coach of the Senior Men’s Programme Gordon Welsh decided to step down from his role after guiding the Senior Men’s team to the Finals in 2015. The Scottish Volleyball Association would like to thank Gordon for his commitment and hard work in his tenure.

Since this decision, the SVA has been looking for a solution to this situation and asked the Coaches Commission for their advice and recommendations. The SVA Coaches Commission discussed the short and medium term needs of the Senior Men’s team and proposed a combined utilisation of training sessions and available coaches for the foreseeable future.  This has been discussed with the SVA Board and the following programme is now confirmed.

The Senior Men’s and Under 19 Programme will integrate and run simultaneously under the leadership of Thomas Dowens.The success brought over the last two years the Young Senior Men’s programme was terrific, with the highlight being the SCD U19 Championship Finals in Luxembourg, where the Scottish Team won gold.

The new Men’s National Team programme for 2014/15 kicks off on Saturday 15th November with the first group session, then carries on to several dates in December and early January 2015.

You can sign up for the 2014/15 Men’s National Team & YS Programmes by contacting the relevant team manager, with your details and name of your club coach. An initial registration form will then be sent out to you for completion, along with a note of the key programme dates.

The YS Programme is open to all Junior Players.  It is helpful if you have some playing experience in the Junior National League, or from playing in school festivals, however the main ingredients that are required are commitment, and a desire to learn and  improve.

So speak to your club coach, and sign up for this outstanding programme. 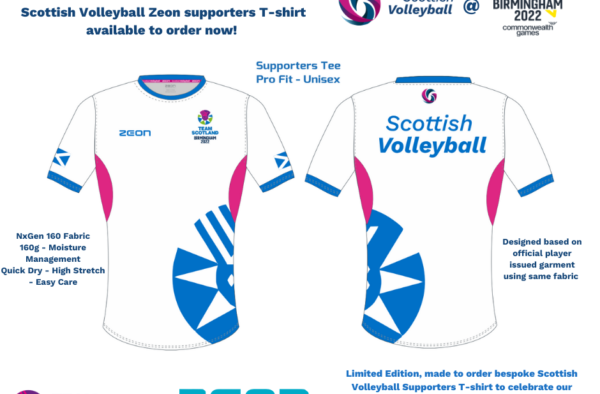 Buy Yours Now! Limited T-Shirts in Celebration of Commonwealth Games

This weekend sees the first session of the 2015 Cadet Programme ahead of the 2015 Sainsbury’s School Games 2015.