After an extensive recruitment process and consultation with the SVA Coaches Commission President in alignment with the aims, objectives and vison for the SVA Bigger, Better, Stronger Strategic Plan, Scottish Volleyball today, Friday 27th November 2015 can announce that the junior and senior women’s programmes are to be integrated.
The Scottish Volleyball Association is pleased to announce that Vince Krawczyk has been appointed to the post of Head Coach of the overall integrated Women’s National Team Programme and Mel Coutts has successfully been appointed as Head Coach for the Senior Women’s National Team
The SVA has proposed a change in the overall structures of the women’s national team programme with the intention being to improve the development of the communication between the coaching staff, to help develop even higher performance standards from the players. The amalgamation of the senior and the junior programme would help secure many aspects of recruitment and retention of players. It provides an excellent opportunity to help advance the overall women’s programmes ensuring coherence with a progressive long term athlete development plan

Vince is one of Scottish Volleyball’s most experienced coaches, Coach to Su Ragazzi Women, assisting in the coaching of Caledonia West, coach to Scotland East Girls and Scotland YS Women and itinerant coach for South Ayrshire. He has a vision for the Scotland Senior National Women’s Programme which embraces the achievable objective to be competing successfully against the lower middle order European Countries in the next four years. Vince has stated that he views this as a “Fabulous opportunity” and continues that he is looking forward to working with the newly extender programme. His immediate targets are to talk to the coaching staff, and establish the outline of the programme for the coming months and added that “the excellent work started by Craig Faill re Sports Science etc. would be continued and developed”.

Mel started her coaching journey as a player-coach for division one and acted as an assistant coach for the women’s national team as a one off trip to Faroe Islands in 2004.  She has been the Women’s Beach Volleyball national team coach in 2014 and currently coach a junior women’s group who compete in JNL and Women’s national league division 2. Mel have competed at the highest level in both volleyball and beach volleyball, both disciplines giving her a rich experience of what high performance sport entails. She stated: “I have the drive and determination to build a better, stronger women’s national team programme”.

On behalf of everyone involved with Scottish Volleyball we wish both every success in their new and exciting role, and we look forward to this next phase in the development of the combined Women’s National Team Programme.

After dropping a set to Malta in its opening match, Cyprus was focused from the start 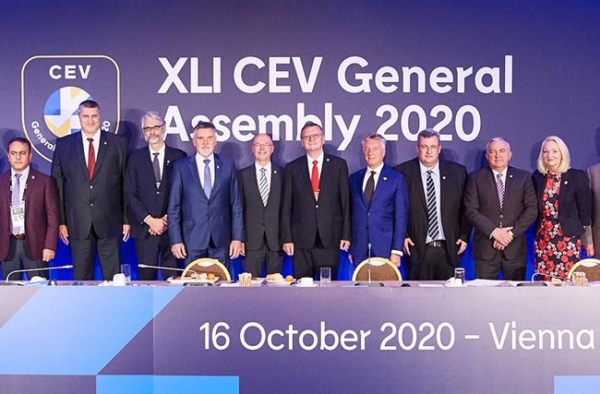