The Stronger Clubs and Coaching Conference day aimed to give members new and best practice to empower them to make their club and coaching stronger.  The diversity of the speakers brought a variety of experience but with clear and coherent messages to embed in our coaching and club activities.

The day started out with special guest Athanasios Papageorgiou, three-time Paralympic gold medallist and FIVB tutor in indoor, beach and sitting volleyball. The author of ‘Handbook for Competitive Volleyball’ opened the conference with some engaging insights into some context and ideas from around the world, focusing the importance of coaching education for teachers at school and the need for the clubs to create links with …

John Ross and Anthony Drew, from Kinross-shire Cricket Club, who inspired delegates at the conference in 2014 were back with part of two of their highly engaging presentation of ‘What if no-one turns up?’ The energetic pair have presented their story all around the country and the knowledge that our clubs and coaches can gain from this is limitless.

information and idea overload, however, with Professor David Lavallee’s session on ‘Combating the drop off numbers in sport’ bringing experience from as far Harvard and University of Western Australia. He pulled together some of the ideas from the earlier sessions highlighting opportunity and social identity as key components to retaining young players.

Perhaps the highlight of the day was the discussion between all three morning presenters in which they agreed that in order to succeed your club and coaching must have a clear ethos which binds and focuses your activity.

Discussion over the lunch was vigorous and discussions were flowing alongside the coffee before going into the practical sessions in the afternoon which included a coaching seminar from Athanasios, a social media workshop with Fiona Simpson and a seminar with Sandy Steel about finding solutions.

Chief Executive Margaret Ann Fleming gave an outline of Strategic Direction and consultation with members, with a theme of blue sky thinking which received great engagement from delegates.

The day wasn’t quite over there, however, as Lynne Beattie summed up the day with an insight into the developments which have taken place in NUVOC VC since they presented at the 2014 Conference.

The day could be summed up with delegate Bill Stobie’s feedback: “I thought the speakers at the conference were very interesting yesterday. Athanasios’s knowledge on what was happening around the world was great to tap into, particularly in relation to what we had discovered down at the junior development conference in England in terms of Finland and Belgium. Cricket II was again excellent as it tied in so well with what my club has been doing with regard to our junior development program and was a timely reminder of things that needed done while also reassuring me that we were very much on the right path. Professor Lavellee’s input was fascinating, particularly in terms of keeping kids engaged by coaching through game play.”

A massive thank you to Stirling Management Centre for supporting the event and all presenters and attendees for their engaging, open and innovative discussion. 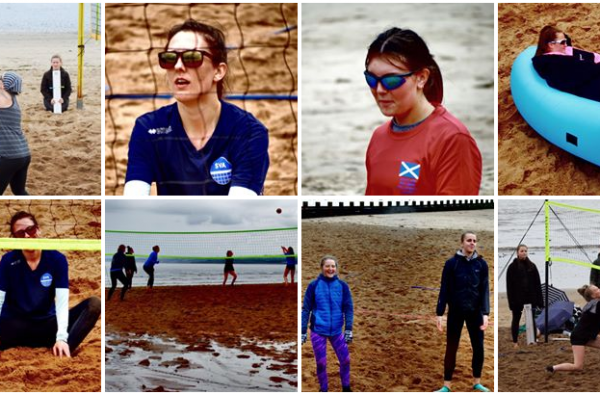