display at the University of Edinburgh Sport & Exercise.

The Scottish Student International Challenge kicks off the weekend with a double header between the Scottish Students and Scotland under 23’s for Men and Women. Both student teams acquitted themselves fantastically well at the recent British Academies Competition and will be trying to assert their authority in these matches.

With the introduction of the Under 16 Scottish Cup’s to the weekend, they will get the opportunity first hand to compete on the Scottish Volleyball show court before moving onto selection for the Sainsbury’s School Games. City of Edinburgh are involved in both Finals with the Men taking on Perth & Kinross and the ladies tackling Marr College for the chance to win the inaugural Cup Final. It is fantastic to see Perth & Kinross make their first national final.

Saturday afternoon will see the Plate Finals being contested between NUVOC II & Su Ragazzi II in the Men and Su Ragazzi II & Caledonia West in the Women.

The Edinburgh side will be looking to cause an upset to their upper league opponents who will be hoping to retain their title. Su Ragazzi II women will also want to retain their title against a side in which most of the players competed in the recent SCD European Championships at the same venue.

On Sunday the Under 18 Scottish Cup Finals will pit East vs West battles. City of Edinburgh Men take on South Ayrshire in the first match which will be closely followed by City of Edinburgh Women vs Marr College. Both teams from the City will be looking for revenge losing out to their opponents in the JNL Playoffs in December.

The final matches of the weekend will add an extra bit of spice to proceedings. City of Edinburgh Men will be hoping for some revenge after their loss to South Ayrshire in the Scottish Volleyball League which caused a big dent in their title aspirations.

The final match of the weekend will put rivals City of Edinburgh Women against Su Ragazzi. Su will be hoping they can add to their John Syer Grand Prix victory whereas City of Edinburgh would love to retain their Scottish Cup title they won last year.

The COCO5 Weekend is going to be fantastic but nothing is ever great unless we have the spectators there to support their teams. Get yourself along and cheer your team to victory. 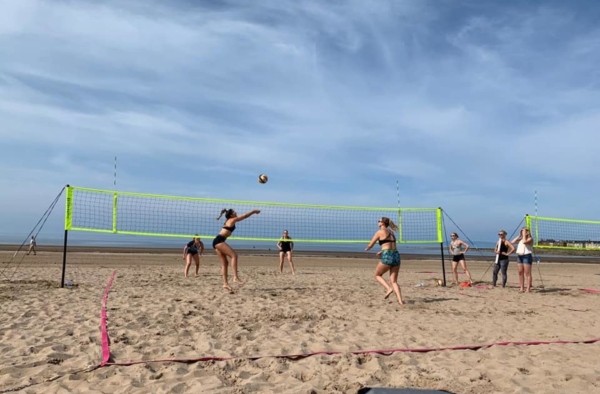 The SVA are delighted to announce the formation of a new Beach Volleyball club.  The West Coast Beach club…