The main focus of the School Games competition is the continuous development of the players and maximising the athlete experience. There was one extra focus for the teams on day three and that was trying to finish as high up the table as possible to qualify for either the Gold or Bronze medal matches.

Scotland East girls maintained their good form in the tournament overcoming Wales (25-10, 5-7) in the opening match to set up an all or nothing final match against strong favourites, England Cadets for a place in the gold medal match.

The girls fought back from a stuttering start to lead 19-16 in the first set but England biggest weapon from the service line won a run of points as England took the first 25-22. The second set Scotland were always chasing but they played some spirited volleyball and never gave in as the almost managed to push England to a deciding set with a strong serving run late in the game from Emma Waldie but England took the set 19-25.

The West Girls had the difficult task of playing both England teams in the one day, first up was the Juniors and the girls put in a terrific team performance but were edged out in the first 25-19. The 2nd set as nip and tuck until England’s Nicole Short stepped up with a run of serves as England matches their first set score to take the game 2-0.

The England cadet girls took their strong serving into their match against Scotland West as they set the tone with Scotland trailing 6-16 at the 2nd technical time-out. West got back into the set with a serving run of their own through Hannah Paisley but Cadets were to prove too strong takin the match 13-25, 11-25, to set-up an all Scotland match for the Bronze medal.

The East & West Boys team started their day by taking to court against each other. The West boys put together some nice transition play to lead 17-16 in the first but could not maintain their impressive level as the East boys took the set 25-19. The 2nd set East’s two outside hitters Ben McHardy and Cameron Hook found a nice hitting rhythm which proved too much for the young boys as the 2nd set went East, 25-8.

West boys, who have won many fans for their spirited performances and terrific

attitude to the games, rallied well against the cadets, but suffered a major blow as captain and setter Mark Hickey had to go off with ligament damage in his thumb. The boys continued to rally with some excellent pick-ups from both liberos Daniel Baird and Ellis Hunter but the Cadet squad ran out 2-0 winners.

The schedule threw up an interesting last game with Scotland East Boys taking on Northern Ireland, with both teams already guaranteed to meet each other in Sunday’s Bronze medal match. The game was a little bit of cat and mouse as both teams mixed up their squads and tried different approaches to try and maintain an edge ahead of tomorrow’s Bronze medal match. Northern Ireland took the first set before East rallied with some strong serving to take the 2nd and 3rd sets.

The volunteers certainly have put in some shift to keep the standard of competition, venue and protocols to the highest level throughout and it is fantastic to see so many officials and volunteers there representing Scottish Volleyball. 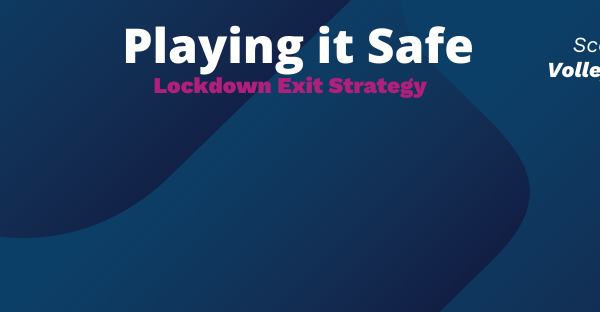 Following the First Ministers announcement on Thursday 18th June 2020, we have now moved into Phase 2 of the…
General 11th December 2012

Marr and South Top of the JNL Christmas Tree