The 2017 Scottish Schools Cup is now in full swing as teams battle it out to try and make it through the regional pools and into the national semi-finals.

Schools from Langholm to Stromness have been taking to the court representing their schools and helping the development of their pupils.

We have witnessed some terrific matches already in the competition. You can check out the results HERE, as team’s battle for a place in the semi-final stage.

At this stage it’s too early to tell the favourites, however, we have already had a few ‘upsets’ with winners from last year losing pool stage matches.

Aberdeen Grammar overcame S2/3 boys champions Queensferry HS in straight sets. The Edinburgh side still managing to come runners-up in their regional pool to keep their chances alive, albeit now with a tougher route to the final.

Marr College defeated S456 Girls champions Belmont Academy before following up with a victory over rivals Kyle Academy. This has all but secured a semi-final spot for the 3 times winners and put them in a very strong position.

Queensferry High School completed a clean sweep over Liberton HS, Craigmount HS & St. Augustine’s HS all in one day. The school maximised the opportunity presented by the hosting of the CEV Challenge Cup match at Oriam between City of Edinburgh VC and TIF Viking Bergen. Although straight set vicories for QUeensferry, the matches played in great spirit and lots of promise for future shown from these new entrants to the competition.

In another fine demonstration of collaboration and development all S4/5/6 matches from the North Section were be played over one day at the fantastic Aberdeen Sports Village Facility the following day, organised by Aberdeen grammar School.  Oban High School made their debuts in the competition and competed very well. Stromness Academy’s debut in the competition was pushed back due to the unfortunate timing of Storm Barbara.

James Gillespie’s have continued their fairytale story. Last year the boys S456 team won the competition last year in their debut season. they have followed this up winning two out of two and are already guaranteed a semi-final slot. They are joined by Queensferry HS and Kinross HS who have also secured their spot in the boy’s semi-finals. With 6 schools still in with a shout of achieving the remaining 3 spots.

With 6 competitions (3 age groups, both genders) there is a lot of organisation needed. The organisation and joint working between schools has been exemplary, allowing a great platform for the pupils to compete, learn and enjoy the competition.

The finals will take place in March at the Newly Refurbished Kelvin Hall, Glasgow. A lot of matches still to be played between now and then as schools challenge to get to the national semi-finals to give themselves a chance of making the Scottish Schools Cup Finals Day! 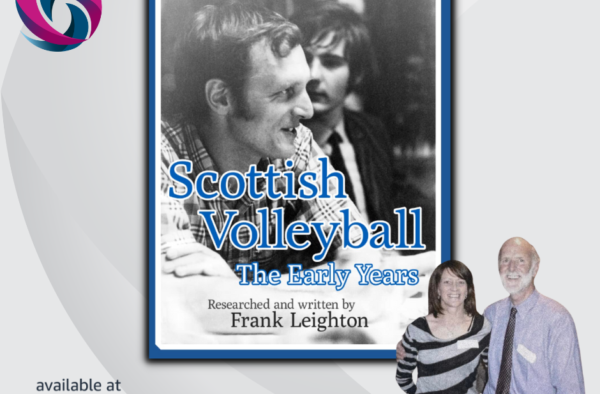 Pride in a job well done!

Scottish Volleyball should be proud of it’s junior women’s team. This group were in tremendous form last weekend –…