While the snow that was falling from the sky on the morning of the finals may have been unexpected, the standard of play at Schools Finals Day was no surprise.

Kyle were in both P7/S1 finals, with Kinross High School their first opponents in the boys final. It was Kinross’ first appearance at finals day and they performed very well indeed. However, the young Kyle boys showed great teamwork and edged out the spirited effort from Kinross 2-0, (25-17, 25-18)

It was a title for Kyle which ensured they kept up their remarkable run of winning a Schools Cup in every year since 2010. The question now was whether they could double up against Queensferry High School in the girls final.

Kyle were positive from the start and very composed with their ball control taking the 1st set. Queensferry coached by Scotland U19 Internationals Jennifer Lee and Rachel Ferguson mounted a strong comeback in the second set but Kyle cheered on by the support of the victorious boys team edged the set to claim the title, 2-0 (25-13, 26-24)

The result meant that this was Kyle’s 14th Schools Cup Category title in 8 years, a tremendous achievement and a very fitting one for the key driver behind the school’s thriving volleyball programme, Mr G Phillips, who retires this year.

the S2/3 Boys Category. The Ayrshire boys had won the S1 title the previous year, however, would be tested by AGS whos players have been very successful with Beacon Blaze in the Junior SVL this season.

The presence of the Aberdeen players and their power hitting was too much for Kyle in the first set as Aberdeen looked to be heading towards a 1st ever Schools Cup Title! But Kyle showed real bravery in defence and astute tactical knowledge for their age to combat the Aberdeen attack and take the 2nd set.

3rd set tie-breaks are nervous affairs but having every player and spectator with their eyes locked on the game it created a great environment to decide the outcome of the title. It was Aberdeen who eventually managed to breakdown the stubborn Kyle Defence to take the match 2-1 (25-17, 18-25, 15-7)

In the girls S2/3 final Queensferry had the opportunity to follow on from their younger counter-parts but this time against Aberdeen Grammar. With all of the Queensferry HS side featuring in the U16 Junior SVL title winning team for City of Edinburgh, they would go into this final as favourites. The girls managed to live up-to their expectations winning in straight sets but were made to work for every point by some committed Aberdeen defence. Queensferry won the match 2-0 (25-12, 25-21).

It was now onto the senior finals….

The girls final saw Aberdeen Grammar, confident of avenging their loss in last years final, take on Marr College, who have won a Schools Cup title every year since it’s re-launch in 2009.

Aberdeen started strong with some strong scoring from Shona Fraser, who won her first Scotland Cap just 2 days prior to the match. There wasn’t a huge amount between the sides but it was the girls from the Granite City that took the first set. The second set was nip and tuck all the way, however, some very impressive defensive play from Marr, Ailsa Davies in particular, kept them in the set. The Marr girls took their chances when they came and won the 2nd set. The title would be decided in a 3rd set tie-break….

Over on the boys court, both teams came through extremely difficult semi-final pools that went down to the final set in each group! Queensferry edged past Kyle and Kinross, while James Gillespie’s squeezed past The Gordon Schools and Belmont Academy, showing a real strength in depth in the senior boy’s game!

Queensferry’s young boys had a points deficit to make up early in the first set but a strong run of serves from Fraser Glass brought the set back under control for Queensferry and the combination of service pressure and tactical hitting proved too much for JGHS in the first set.

James Gillespie’s HS’s fairy tale story which has kept them unbeaten for 2 and a half years was now on the edge but the boys, coached by last year’s winning captain Sean Platts Stobie showed real depth of spirit to fight and dominate the second set, with Setter Hector Friend going on a remarkable serving run of 12 points and outside spiker Cameron Hook providing a constant source of points for the team, Gillespie’s ran away with the set.

The boys match would also be decided by a 3rd set tie-break….

On the girls court, there was not much to choose between the two sides, with

neither able to open up a gap until Marr lead at the turn 8-6 after an ace from Natalie Smith.

The score was the same on the boys court at the change of sides with James Gillespie’s leading.

What was to happen next was unthinkable as the noise in the hall became deafening as four groups of pupils gave everything to try and win their match.

It looked like Queensferry were going to be the first team over the line with three set points 14-11,  but Gillespie’s kept the ball from hitting the floor and forced Queensferry into the errors to bring the game back to give themselves a set point at 15-14.

On the girls side, the noise from the boys game were forcing the girls to have to focus hard on their own game and it was Marr College who were looking in control  at 12-11, but with Manclark serving and with Fraser in the front court Aberdeen fought to set point at 14-12.

On the boy’s court, Queensferry had their turn at saving 3 match points against them and the scores at 18-18!

On the girls court Marr were serving to stay in the match at 13-14 down but were unable to win the point as Aberdeen Grammar straight from winning their first ever schools Cup title doubled up for the day with a great display of team-work and power.

More points had now been played than in the previous set, James Gillespie’s had already saved 5 match points but they needed to save another to stay in the match, a strong serve from Queensferry captain Logan Darling put JGHS on the back foot and they were unable to convert, with Queensferry taking the set 22-20.

In the end no team deserved to lose either of those matches, some great performances all round, the future is clearly very bright indeed!

Queensferry High School Active Schools Co-ordinator Heather Brownlee commented “Wow!  It was a fantastic finals day showcase and an outstanding experience for all of our pupils to get the chance to take part.  The P7-S1 girls have done so well to be finalists in their first year, it was the first time the S2-S3 girls have been to the final and won the Scottish Schools Cup and for boys in only S3-S4 to win the S4-5-6 boys to win the Scottish Schools Cup at their first attempt was the icing on the cake!”

A massive thank you to all the officials, announcers, presenters who help create a brilliant environment and to Glasgow Life, Glasgow sport & the Kelvin Hall arena for their brilliant support for this event.

Thanks to volleyballphotos.co.uk for being part of this special day, you can see the brilliant Photo Gallery from VolleyballPhotos HERE.

To all schools who have taken part in this year’s competition well done, especially to those involved in finals day, you were all a credit to your schools. 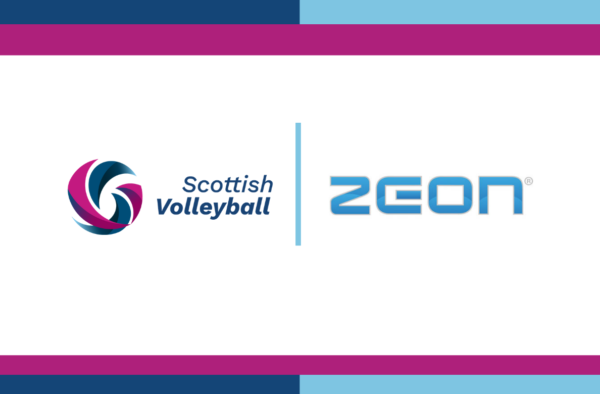