On Saturday 20th and Sunday 21st May Holyrood Sports Centre, on the South Side of Glasgow, saw some absolutely fantastic International Volleyball.

The event was presented by Glasgow Sport and the Scottish Volleyball Association, with financial support from the Sports Council for Glasgow, and featured the senior men’s teams from Scotland and England.

As the final point was won the spectators ‘invaded’ the court to shake hands with, and congratulate their heroes.  There was a sea of smiles as key points were remembered, and successful plays acknowledged, but there were commiserations for the English teams who had added so much to the drama of the occasion.

On Sunday 21st there were only two matches – the 3rd 4th play off, and the event final.  In the play-off match the men from Scotland Red repeated their top-notch performance against the English Bull dogs and won with an emphatic 3 – 0 score.  Cue justified celebrations.

clawed the score back to 24-22 in their favour. It was thrilling stuff with the crowd on the edge of their seats.  One pass, one set, one hit and the Lions scored the winning point and celebrated like crazy.  The Scottish players were disappointed, but acknowledged they had participated with style in a terrific series of matches.  The Lions took the trophy and had the event’s Most Valuable Player in Adam Bradbury.

The event was a stunning success.  As well as the matches there were two wonderful ‘come and try’ sessions for Junior players; there were two CPD Clinics for Coaches, there was a match official’s development clinic, and the good news is that we get to play the English again on Saturday 27th and Sunday 28th May in Newcastle.

Thanks are due to several people for making this excellent event possible; Glasgow Sport; the SVA Special Events Commission; the Sports Council for Glasgow, and especially Kevin McCann and his wonderful Staff at Holyrood Sports Centre.  Well done to all.

The Scottish Party who will travel to Newcastle on Saturday 27th May to play in the two International Matches is;

North Grampian Meet me at the Net

Having visited the East, West and South in my previous visits, I headed North this week 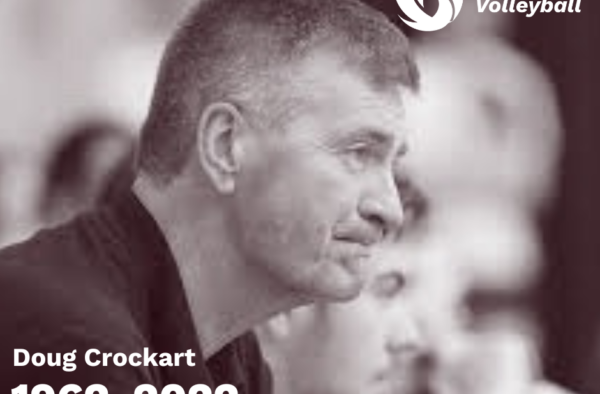 Everyone at Scottish Volleyball is united in grief after learning the devastating news regarding Doug Crockart's sudden passing yesterday.…