The Weekend of, 25-27 August, will see the Men’s Small Countries Beach

Volleyball Zonal Event kick off on Friday at Portobello Beach with the teams all taking place to try stake their claim for the SCD Men’s title.

All the teams have their work cut out as the Wild Cards Finland come into the competition as Number 1 seeds and favourites for the competition. The top seeds from Scotland, Cyprus and Wales will be going all out to make sure the Finnish team do not get their own way in the chase for some crucial points for seeding at the upcoming Commonwealth Games Qualification Tournament in Cyprus.

The weekend is action packed with not only the SCD Beach Volleyball Event taking place. Saturday will also see the arrival of the Commonwealth Games Queen’s Baton to the competition. The baton has been travelling all over the world and Scottish Volleyball is delighted that its presence will be felt at their Big Beach Weekend. With a host of VIP’s and Scottish athletes in attendance, the day is sure to be a big occasion for all involved. Scottish Rugby’s professional dance team, Elite Pro Dance, will also be in attendance bringing a high level of professionalism in the Sports Presentation.

The Big Beach Weekend will also host the Beach Volleyball Scotland (BVS) Recreational Mixed Event on Saturday and then finally the BVS Tour Finals on the Sunday. There are so many potential situations for this Sunday’s finale that it is still anyone’s title to take.

The matches kick off on Friday for the SCD with a host of Scottish teams taking to the court. We hope you can come down over the weekend and support the final beach tournament before the end of the season. This will also be the last tournament for both our Team Scotland pairings (Seain Cook & Robin Miedzybrodzki in Men’s SCD and Lynne Beattie & Mel Coutts in BVS Tour Finals) before they head to Cyprus in September in an attempt to be the first teams to Qualify for the Commonwealth Games in Scottish Volleyball’s history. 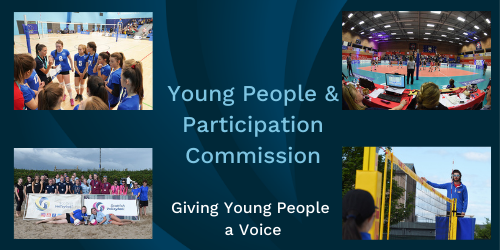 Through this Pandemic and everyone’s patience within lockdowns and restrictions, Scottish Volleyball has been working hard behind the scenes…
General 24th April 2017