Grand Prix on Sunday 11th February at the fantastic venue of the University of St Andrews Sports Centre.

With 8 matches taking place throughout the day, it was going to be a busy one for everyone involved.

The first Semi Final matches were between City of Edinburgh and Volleyball Aberdeen on both courts. Both Volleyball Aberdeen teams came out the blocks very strongly and pushed the capital side all the way. It wasn’t meant to be as both teams went down by a 2-0 scoreline.

Next up was City of Glasgow Ragazzi and South Ayrshire on the Men’s court, with Su Ragazzi taking on their opponents in last year’s final, University of Edinburgh. The Glasgow sides showed their dominance very early with the guys maintaining this to win 2-0. The girls steamrolled the University in the first set but didn’t get everything their own way in Set 2. Change of tactics by the Uni put the Glasgow side under pressure causing them not to play their normal controlled game with errors creeping in and some good blocking by the Uni. Uni took the 2nd set to set up a decider but Su managed to regroup and put the pressure on the Uni side in which they had no response.

The 3rd Place Playoffs were very one sided affairs in both matches with Volleyball Aberdeen taking both matches to win the bronze medal. Both teams showed a great level of play and execution in their game plans.

The Women’s Final featured title SVL title chasing teams from Su Ragazzi and City of Edinburgh. Both teams have 1 victory against each other in the league and with another potential 3 matches to come, they were determined to leave St Andrews with the first silverware of the season.

The teams were locked together before Su Ragazzi stalwart Laura McReady had a mini run of serves to put the pressure on the City reception unit. Su never lost their 4 point lead and took the set 25-21. The Su teams’ consistency from the service line and fantastic defence really held them in good stead in Set 2. Captain Jen Thom tried to rally the troops but Su got a grip of the set early and won 25-16.

In set 3 City started to be more clinical at the net, especially Alexis Crusey. This allowed setter Jo Morgan to find some consistency and confidence in her offense and Su struggled to find their form from the first 2 sets going down 25-18. Su Rallied in the 4th set and went all guns blazing with Claire Ramage having success from the net followed very closely by the MVP of the match Laura McReady. Su never let go of the big lead they created and went on to win 25-15 and retain their John Syer Grand Prix trophy.

In the Men’s match, the Su guys were full of confidence going into the

match, not losing a match all season. Their opponents were last year’s Champions City of Edinburgh, who are doing a good job of rebuilding their squad after losing players at the end of the season and also injuries. Both teams battled hard in the first set with Su’s Eddie Gorecki scoring high and hard from all 3 hitting channels while City’s Niall Collin moved to outside hitter and showed he is just as capable from the Left side of the court. The Su boys edged the 1st 25-23. City came back flying in the 2nd set with match MVP Connall Tennant proving unstoppable from the right side of court finding holes in the Su block-defence and from the service line. He got City right back into the match with some good linkage with setter Fraser Brown to tie the match 1-1.

The Su guys regrouped but still had to try and contain with a buoyant City team. Su captain Marc McLaughlin got his spikers back in the game with good offensive decision making allowing Su to grab hold of the match again and take a 2-1 lead. City managed to get Edward Oldbury in the match more in set 4 which was always successful with a very high kill %. This was combatted by Su being equally successful with William Miller through the centre channel. Both teams were even but Su had their 1st match point when an untimely serving foot fault from Jonny Black handed the Glasgow side their first victory in the John Syer Grand Prix while the Women picked up their 4th title in a row.

It was a fantastic day in St Andrews and it was great to see so many supporters come out for all 8 teams giving them the environment in to compete in.

A big thank you to all officials and volunteers who delivered the event in a very professional manner.

For more fantastic images of the Finals, please visit the Volleyball Photos website. 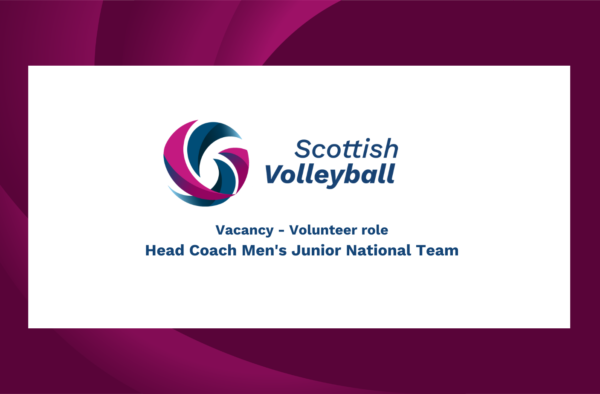