Way back in September last year I received an email informing me that I had been nominated to Referee at the Commonwealth Games and as you can imagine I was very honoured and excited about this prospect.

Having already joined the Scottish teams in Cyprus earlier in the year for the European Qualifying event I had got a taste of the Commonwealth Games it was on my mind whether I would get the call up for the GC2018.

Then in late January after some last minute arrangements and quick organisation between myself and Volleyball Australia we came to an agreement that I would travel out to Australia for three months to help them referee several events before and after the Commonwealth Games. I was always planning to go out before the games to visit my brother (Gregor) anyway but not as early as this.

The arrangements were all very last minute and the decision was made easier for me with the fact that FIVB didn’t assign me to any events this year. From the first few messages between an old friend of mine Nam Pham (who now works for Volleyball Australia) and several phone calls with the events man “Baz” Barry Wedmaier the deal was done and I was on the plane to Australia within the week.

– Flew into Melbourne on the 30th January then refereed at the one star FIVB event in Shepparton  (31st Jan – 4th Feb). I was 1st referee in the men’s Gold medal match (Austalia’s Commonwealth Games team versus a young American team). The semi finals and finals were live on national TV and can be found on Youtube

– After Shepparton I then Refereed for a day in the Victoria Open (11th Feb) where I also did the men’s gold medal match (young Australian team versus Swedish team) whom both played in the FIVB tournament the previous week.

– Drove to Sydney after a few more days camping where I was the head referee for the NSW state tour finals on Coogee beach (17th of March).

– I am now staying with my brother and for a few weeks before heading up to the Gold Coast.

My flight up to the Gold Coast is on the 2nd of April where we will do four days training prior to the first days matches. In these four days I will meet the other officials, get my accreditation, accommodation, uniform and we will do several clinics relating to our roles as referees. The referees then usually deliver the scoring and line judge clinics to the auxiliary officials. My guess is that a big emphasis will be put on the challenge system as this will be the first time that most of the referees and other officials will have worked with the system. Some of the other days leading up to the first day of play the referees will do a full check of the court, playing area and equipment before doing a full dress rehearsals with all the auxiliary officials, ball kids and court personal.

One of the  main reason that VA needed my help so much this summer was because all of their top level referees are training in their roles that they will be performing at the Commonwealth Games (linejudges or scorers). This was in itself another added bonus for me as I’ve now worked with most of the auxiliary officials that I’ll be working with at the Gold Coast and even some of the other International referees such as Fiji and Australia.

Finally After the end of the Commonwealth Games I will catch a flight to Perth (WA) to referee two more national events one of which my role will be referee delegate (22nd – 29th April).

Following this tournament I will fly back to Scotland with a better tan than I’d usually have at that time of year (when I say “tan” I mean more freckles..!)

Good luck to the Scottish Beach Volleyball squad heading out and safe travels. 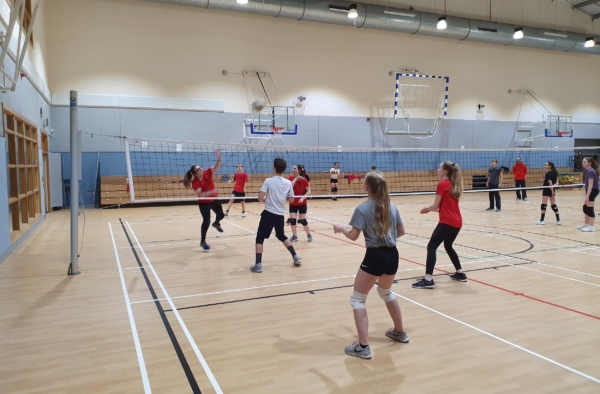 Scottish Volleyball is inviting your Club Administrator and your club’s Child Protection Officer to a free updating, up-skilling and…