Edinburgh College, Granton Campus was the venue for the penultimate

event in this year’s YS Development Programme. The players arrived in good spirits and after a brief discussion on the hopes for the day decanted into their teams.

Three teams participated. YS Blue and YS Red comprised YS squad members and Scotland Grey being formed of invited players, including members of Scotland Senior Mens Squad. The format was based on a round robin tournament interspersed with quick one set theme-focused scrimmages.

As in previous events the emphasis was on developing players’ techniques and preparing for competition. The aim for this, the third day, was to provide the athletes with an opportunity to demonstrate that they have been able to incorporate the skills and attitudes learned previously into their game play, both in their physical execution and mental focus.

The matches were played with great enthusiasm and energy with both Blue and Grey battling away in the first game to set the scene for the day.  Red fought hard and demonstrated most improvement as a team over the day.

The format allowed time to highlight aspects of individual players’ techniques and discuss ongoing targets for continued development. The coaching staff also took the opportunity to encourage team work and a positive attitude under pressure using timeouts and the huddle to maintain focus and morale.

Feedback from the athletes and coaches was very positive as they reflected and shared their experiences of the day.

Many thanks to our referees for the day, Albert Jaster and Ben Laurenson, who not only ensured a high standard of play was maintained but made themselves available to discuss match protocol and procedures from an officials perspective.  Our parent volunteers were again ‘flipping marvellous’ and helped greatly in the smooth running of the day.

We look forward to the finale in 4 weeks’ time in the Lynch Centre Dundee when four teams will play for the YS Challenge Cup.

Why not come along on Saturday April 20th and enjoy the spectacle with the best of Scotland’s young volleyball athletes performing. 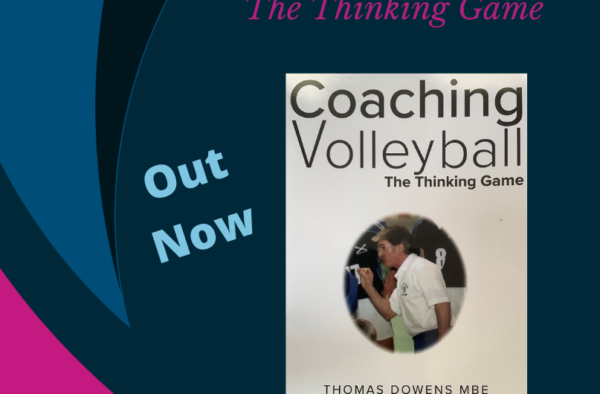 Life Member Releases a Book on their Coaching Philosophy

We are delighted to announce that  our  Lifetime member,  former  D irector of  C oaching and  previous head  coach …