With only the Scottish Colleges Final still to be played on May 1st, the

league action in the Scottish student indoor season concluded at the end of March, with titles, promotion and relegation all decided after another busy and competitive season.

A record thirty three teams were involved in British Universities and Colleges (BUCS) league competition this season, with Edinburgh University women cementing their place as the top of the pile, finishing in 5th place in the BUCS Premier League (North), while at the same time reaching the Scottish Cup Final – losing a competitive match 3-1 to City of Edinburgh.

The women’s BUCS Tier 1 title was decided on the last round of fixtures, with Glasgow nudging St Andrews off their title on sets difference. However St Andrews’ season finished on a high with the team securing their place alongside Edinburgh in next season’s BUCS Premier League (North) after defeating Coventry 3-2 in their play-off decider.  Having two Scottish teams playing at this level is a very positive development for the sport north of the border.

Competition for the men’s BUCS Tier 1 title was equally tight this season, with sets difference once again being all that separated Edinburgh and Strathclyde: the capital team securing the title despite a 1-3 reverse to Dundee in their last game of the season.  In what was a very competitive league, St Andrews drop down to the lower tier having only won two of their ten league fixtures.

A dominant Stirling University women’s team claimed promotion to BUCS Tier 1 after dropping only 3 sets all season, despite the best efforts of Edinburgh II, who finished runners up.  It was an outstanding season for Stirling University volleyball as their men also claimed their BUCS Tier 2 title in unbeaten fashion and joined their women in claiming a league and Cup double, winning the BUCS Conference Cup against Strathclyde II. With the women beating Robert Gordon University 3-0 in their own final, it was a fitting send-off for coach Giannos Panayiotakis who is moving on from coaching at the club, following a move to the West.  Giannos has been a huge part of the Stirling University volleyball during the past ten years and will be a great loss to the student game.

Congratulations are due to Tom Rooney and his Glasgow University women’s team who followed up on their league title win by claiming the BUCS Trophy title in Nottingham at the end of March.  A dominant display in Nottingham saw the Glasgow girls control the Final against the University of East Anglia, 26-24, 25-15, 25-18, to claim the silverware, nine years after they were last in the BUCS Trophy Final.

Sadly Strathclyde men were not able to repeat their city counterpart’s success in their BUCS Trophy Final which followed. Despite a hugely impressive start to their match, with their block controlling the game against Imperial College London, the Strathclyde players saw their 2-0 lead evaporate, with the London students wrapping up the Trophy in the final set.  Nevertheless, having Scottish representation in both men’s and women’s BUCS Trophy Finals is a very positive sign for the student game north of the border.

The domestic Cup competition – the SSS Cup – saw a record entry of 22 teams taking part in men’s and women’s events in February.  The women’s Final was a superb showcase for the student game, with St Andrews edging out old adversaries Edinburgh 17-15 in the final set to reclaim the trophy, while St Andrews men upset the odds to reach their Final, but found Strathclyde too strong, losing 3-1.

So, all in all it has been a very busy – and successful – season of student volleyball activity:  record numbers; good quality competition and bags full of endeavour and energy from all involved.  However although the exam period is now upon students, thoughts also turn to the sand and the first beach event of the summer – the SSS Beach Championships at Portobello on 11th May.  One of the biggest beach events of the year, the SSS Championships is always a truly international affair and the competition in May is sure to be an excellent advert for both the beach game and the student volleyball sector.

Thanks are due to all players and coaches involved in student volleyball in Scotland for their efforts over the past season – the report card reads very positively for 18/19 and all the ingredients are in place for an equally positive season next year.  Keep up the good work everyone! 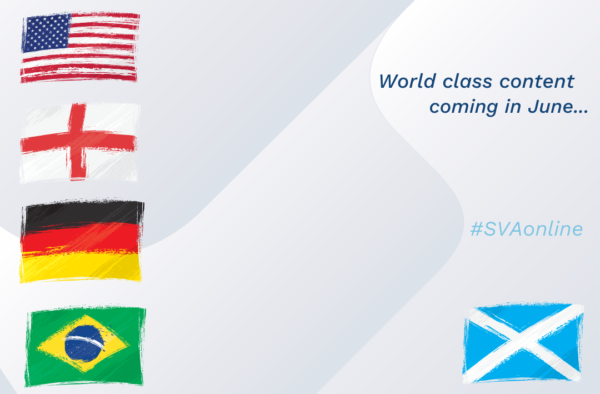 Coach of the year success!

Coach of the year success, Considering recent events that have taken over our daily lives and brought our sport to…