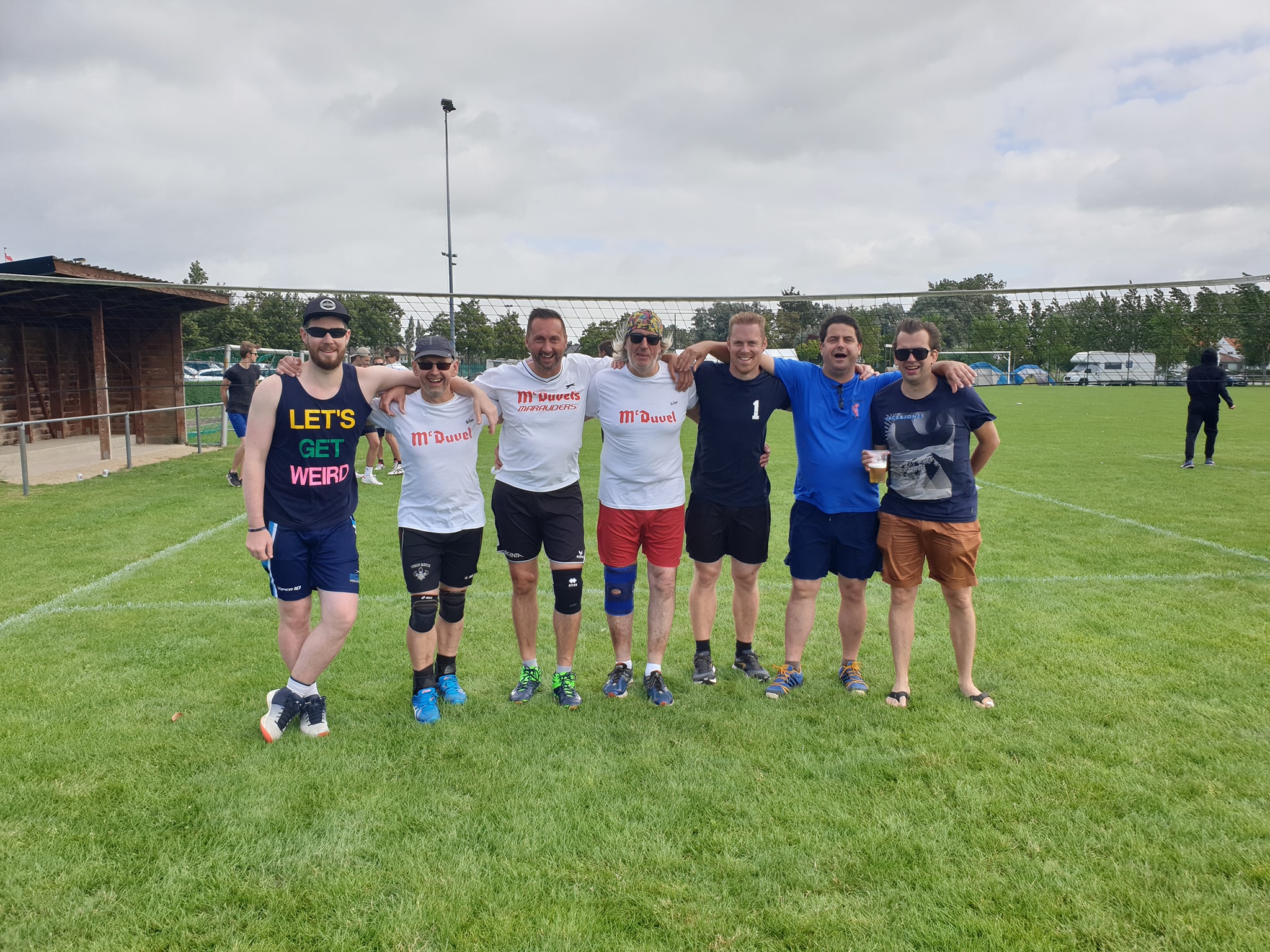 Three teams which compete in the Perth & District Volleyball League travelled to Belgium at the weekend to take part in the 46th annual De Haan Tournament.

It was a very windy Saturday which made it difficult for everyone of the sixty teams competing in the annual tournament.

The tournament rules see teams play only two sets which saw Kinross men’s team opening with a drawn match winning the first set 25-21 and losing the second set by the same score. Their second match saw them lose to Mortsel VC of Antwerp before drawing again against The Bluebeards (die blaubaren). Their final match on Saturday saw them defeat a Dutch side to finish third in their section.

The Fife men’s side had a tough opening fixture against the eventual section winners Fixit Woody, losing 2-0. The Fife men then drew with Belgian side Set Up before losing their other two matches.

The Kinross Mongrels found themselves in a section of 6 teams playing KVCM Maasmechelen, a Belgian side which boasts 11 teams playing in national, regional and youth leagues. In a close fought first set the Kinross side lost out 22-25 before losing the second set 1-25. Next up was The Apologies and again the Kinross mixed team lost out by two sets to love. Team Bazooka were up next and again the Kinross side failed to make an impact on the eventual competition winners. The final two games against French side Spiritouze saw Kinross finally record a 2-0 victory, following this up with a drawn match against Schovoc Beverst volleyball club, another club operating 11 teams.

It was windy on Sunday too but not quite so bad as the Saturday. Sunday’ morning’s games saw the meeting of the Kinross and Fife men. Kinross led the first set 23-16 but an amazing fightback and some errors from Kinross saw Fife eventually win 26-24, 25-22. Team Fife faired better on the Sunday than their Kinross counterparts with the victory over their neighbours seeing them finish in sixth place overall with Kinross finishing seventh.

The Kinross mixed team also faired better on the Sunday, changing their formation slightly, winning three games and losing one to round off a wonderful weekend of international competition.