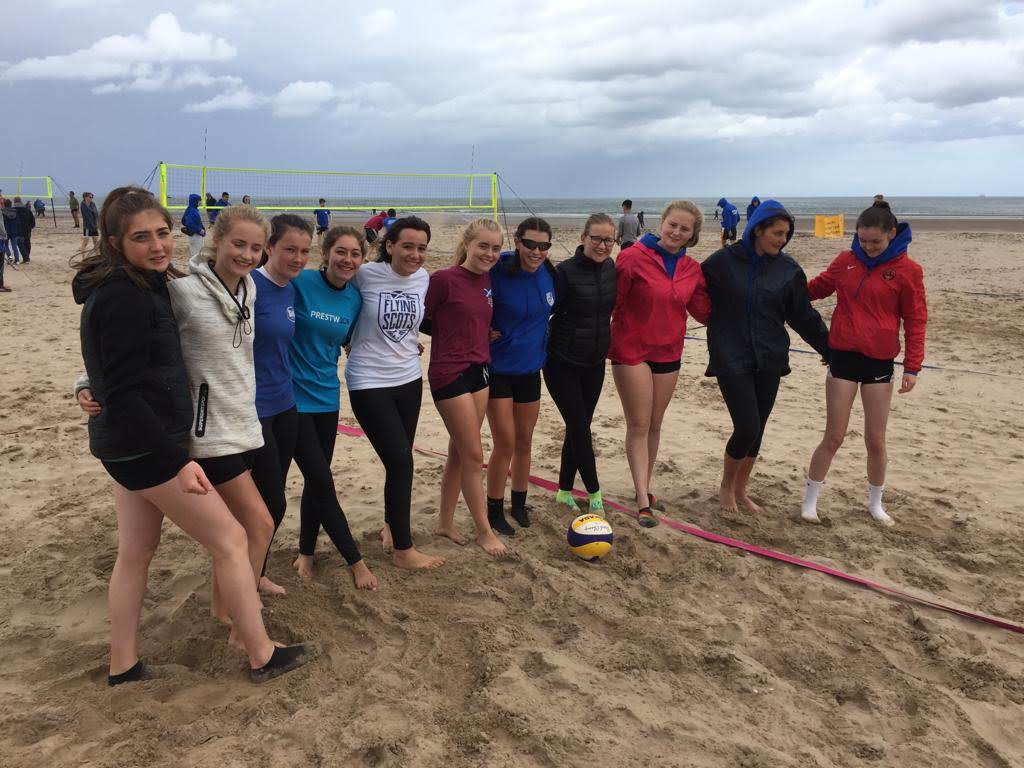 On Sunday, 94 of Scotland’s best U16/U17 athletes made the fifteen minute walk down to St Andrews West Sands for a day of Beach Volleyball. Following on from a day of training and competition indoors for their regions, the Beach Festival offered a chance to try and receive coaching in the two-a-side discipline.

Playing in teams of three, the youngsters spent the day playing other squads in a relaxed tournament format. This allowed for coaches to provide coaching and development points from the side throughout games. After an initial pool stage, players had a chance to do some training in their group whilst the final pools were worked out. The final pool stage had matches played to 21.

All the players did fantastically especially given the strong winds and mixed conditions. The 20mph winds were blowing straight down the courts, which meant it was crucial that teams won points when the wind was in their face. The wind also compelled players to concentrate on their serve, adjusting the power and angle of hit depending on which side of the court they were on.

There were also improvements shown up and down the beach, particularly with serve receive and defence, which led to many long rallies in the afternoon. By 2pm, you would not have known that for many of the girls, this was their first time playing on the beach. Accurate, targeted serving was challenging ever-improving serve reception units with more and more players feeling confident enough to hand set rather than rely on the bump set. Each of the eleven coaches on the beach fed into each team on areas they felt confident on – whether where to base for serve reception, how to improve their attack or the role of the block. Coaches Lisa Thomson, John Scrimgeour, and Zoe Smith had the chance to try some of the points on junior development covered at the CEV Coaching Conference held earlier this year in Kranjska Gora, Slovenia.

The deadline for this weekends beach event at Portobello has now been extended….
Beach General 12th October 2018