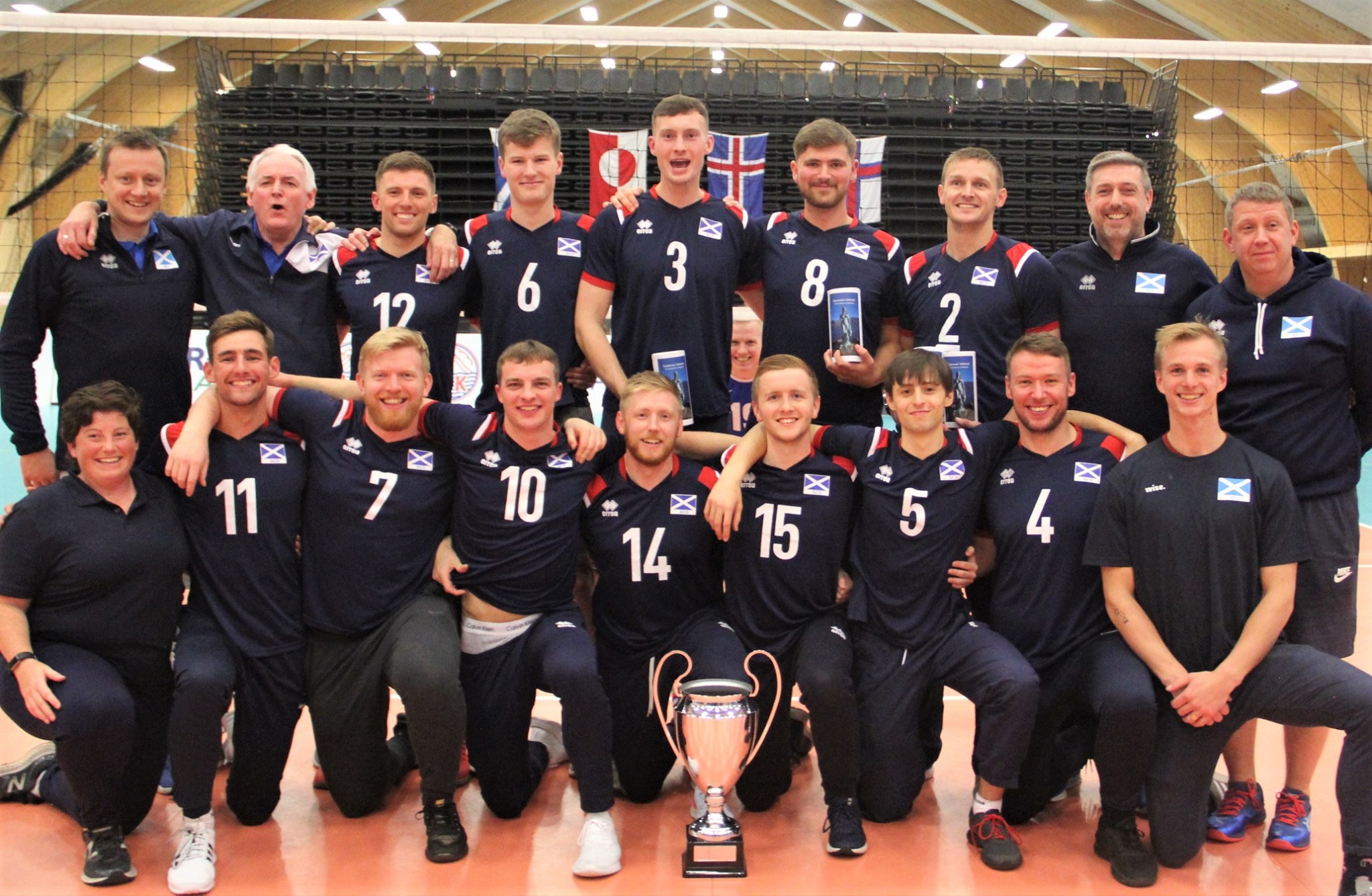 What an incredible adventure for our Senior Men’s National team in Faroe Islands. It is with great honour and pride that Scottish Volleyball welcomes back home the national team and the 2019 gold medallists of the European Small Countries Association Championship.

Scotland did its part on the final day by playing an excellent match, with an easy win at the expense of Greenland. After beating Greenland 3-0, Scotland had to hope for only one result combination in order to win the gold medal.  If Iceland had won a minimum of two sets against Faroe Islands, it would have meant Iceland would gain the first place. On the opposite side of the scale, if Faroe Islands had won against Iceland for 3-0, then the home team would have gained the title. The result that our national team was hoping for, was in fact a 3-1 win of Faroe Islands against Iceland. And so it happened! Scotland 2019 SCA Champions!

Margaret Ann Fleming CEO of Scottish Volleyball said “This is a magnificent achievement for Head Coach Ally Jack, his staff, players and for the Association. I could not be more proud of the people involved and what a cliff hanger finish to a well-planned, developed and delivered National Team programme. I know that everyone shall be delighted for Ally and his Tartan Army!!”

Congratulations for the excellent job to everyone, players, coaches and staff.