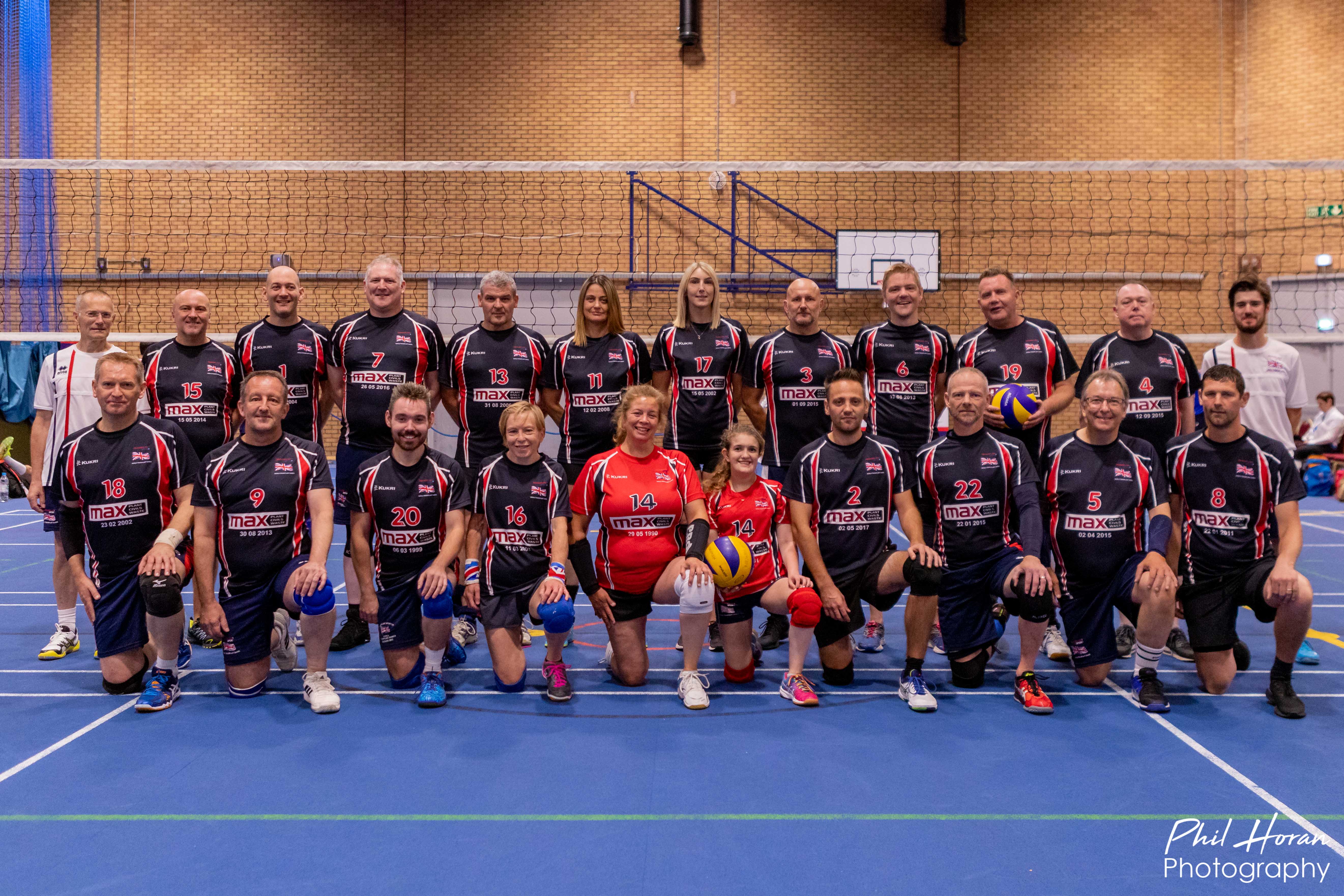 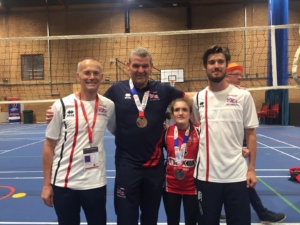 The 2019 Games were held in Newcastle-Gateshead from 17 to 23 August, and the GB&NI volleyball squad have worked hard over the last two years to make sure they did themselves proud at this ‘home’ Games.

The volleyball competition took the form of a one-day mixed tournament, with GB&NI (1) drawn in a first-round pool with Argentina, Hungary and the USA. Team GB&NI (1) finished second in a tight Group 1 allowing them to progress to a semi-final against Italy, winners of Group 2. The team dug deep in the first set, fighting for every point, before going down 22-25 to an excellent Italian side. Italy then came out and took the second set 25-16, with a fine display of attacking volleyball. Italy went on to win the tournament, defeating an experienced Netherlands team in a closely fought final. GB&NI (1) finished joint third with Argentina. GB&NI (2) also played well, finishing eighth overall.

Scotland was represented at the tournament by two players, Peter Hickey (bone marrow transplant) and Millie Stobie Platts (liver transplant), and the squad was coached by Bill Stobie, NUVOC Head Coach, SVA staff tutor, and member of the Scotland under-20 coaching team. 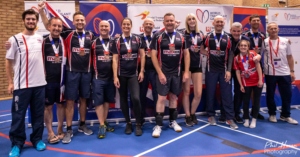 Bill took on the coaching role after his daughter Millie, a JNL player with NUVOC VC, was invited to join the squad prior to the last World Transplant Games, and has thoroughly enjoyed working with the team. Bill said ‘I am so proud of all the players. They have worked so hard over the last two years, in their clubs and at squad sessions, to improve their skills and become a better team.  We knew we had improved since the last WTG tournament but still knew that a medal was a big ask. Italy and the Netherlands were undoubtedly the outstanding teams in the tournament, and I think we can be very satisfied with our bronze, given the level of competition. The standard of our play in the first set against Italy in the semi-final was just fantastic, and showed how far we have come as a team – we battled for every point, and I couldn’t have asked for anymore from the players.’

Bill went on to say: ‘This is not your typical national team! In terms of volleyball experience, the squad includes regular club players, recreational players, returning players, and relative novices, with ages ranging from 18 to over 50. Crucially, this is a group of individuals who wouldn’t be here, or would be leading very restricted lives, if they hadn’t been lucky enough to receive a transplant. We have heart, lung, liver, kidney and bone marrow transplantees in the team.  This truly is a team powered by the ‘Gift of Life’. I would encourage everyone to consider joining the organ donor register and, just as importantly, to discuss their wishes on this issue with those close to them.’

The Transplant Sport volleyball programme is open to players of all ages and abilities who have had a transplant. Please get in touch with Bill in the first instance if you would like to get involved.

Volleyball is included in the annual British Transplant Games, to be held in Coventry in 2020. The next World Transplant Games will be held in Houston, Texas in 2021 – Team GB&NI team will be looking to bring another medal home from the volleyball tournament!