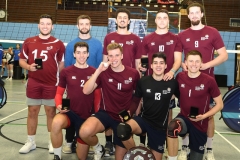 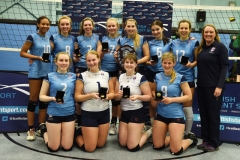 With introduction of BUSA (British Universities Sports Association) leagues in 1994 (now the BUCS – British Universities and College Sport – Cup) the opportunity arose for the best Scottish Universities teams to test themselves against the best teams in England for the title of British Universities Champions.  The overall BUCS Championship is now contested by the sixteen teams in the BUCS Premier League (North and South).  Scotland have had various representatives in the BUCS Premier League (North) in recent years, including Edinburgh, St Andrews, Strathclyde and Heriot Watt. Those teams in Tier 1 in Scotland (6 men’s and 6 women’s) have the opportunity to context the BUCS Trophy, against Tier 1 opposition from England, while the BUCS Conference Cup is contested by Tier 2 teams in Scotland.