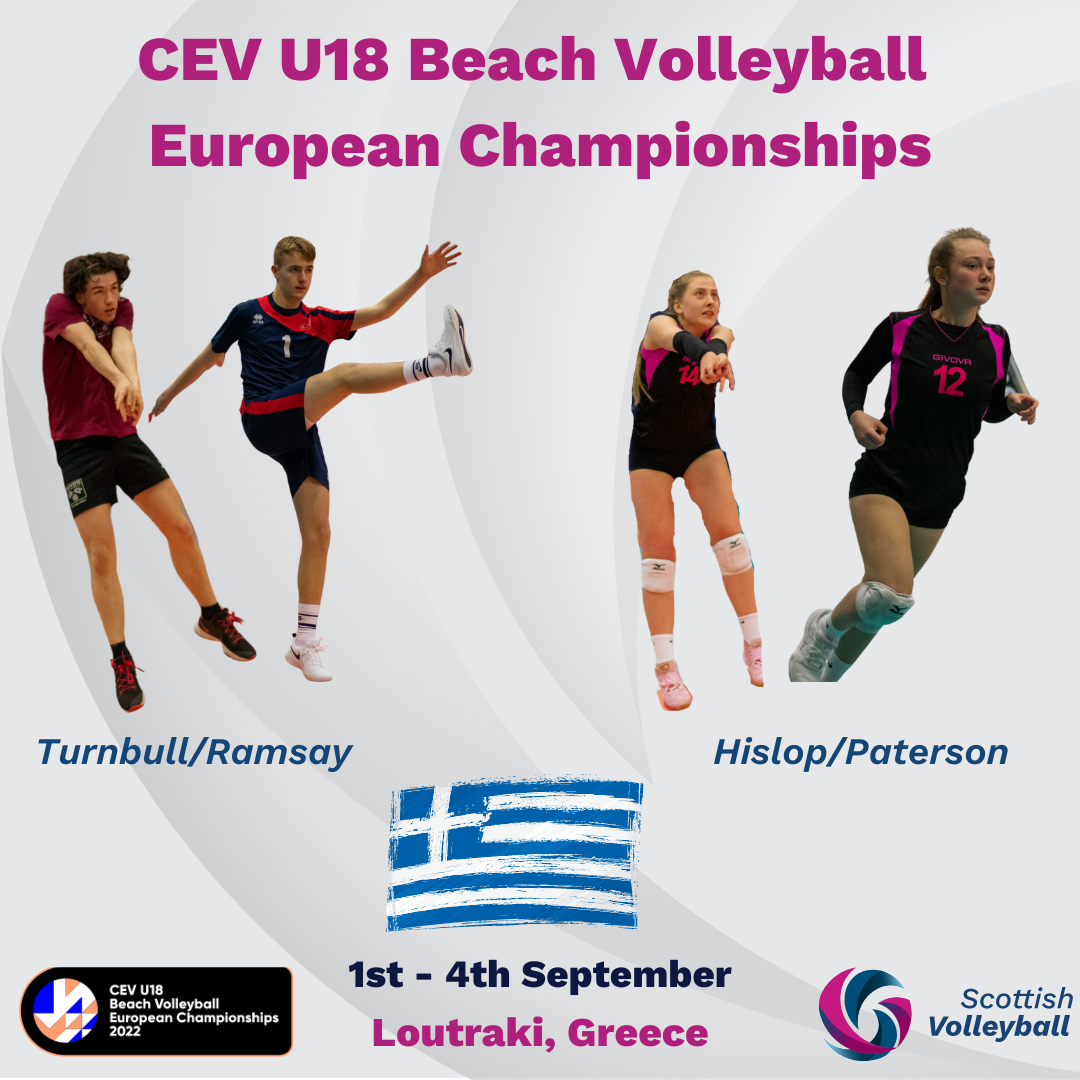 Following a busy summer of training and competitions, High Performance Beach Coach and Programme Manager, Felipe Humana-Paredes, has alongside his assistant coaches, Colin Paterson and Jack McKeown, selected Cole Turnbull and Ewan Ramsay alongside Lauren Hislop and Lucy Paterson to compete in Greece. Both these teams have recently competed at the Junior Commonwealth Cup in Wales as the lead pairs for the Scotland I sides, with Turnbull/Ramsay helping bring back the Gold Medals.

Humana-Paredes commented, “I’m very excited to be sending two young teams to Greece for the U18 CEV Championships. The growth of the beach performance program here in Scotland begins with the next generation of athletes, and this experience will be invaluable to them.” Since arriving in April, Humana-Paredes has overseen an ambitious Beach Volleyball Development Strategy to take Scotland to the next level of European Beach Volleyball.

Humana-Paredes noted for Hislop/Paterson, “This is going to be a fantastic experience for both the pairs. It will be a chance to face some of the best teams in Europe and really show them what others their age are able to do. The guarantee of two games plus coaching during games makes these fantastic development opportunities and I’m hoping this is just the start for Lauren and Lucy.”

Assisting Humana-Paredes will be Jack McKeown who added, “Cole Turnbull and Ewan Ramsay are two of the most talented and promising young beach volleyball players in Scotland. Of course, the European tournament is going to be at a level they’ve never experienced before. The event will be a serious test for both of them but I know they’ll give 100% on every point they play. Most importantly they will see how many levels there are to the game and come back with a new determination to always be even better next summer than they were this summer. I’ll be there to support them every step of the way.”

Both teams will begin their competition in the Qualifiers on 31st August with the aim of two wins to take them into the Main Draw Group Stage.

The first of the new season’s Fast Track Sessions is on Saturday 14th October 2017. 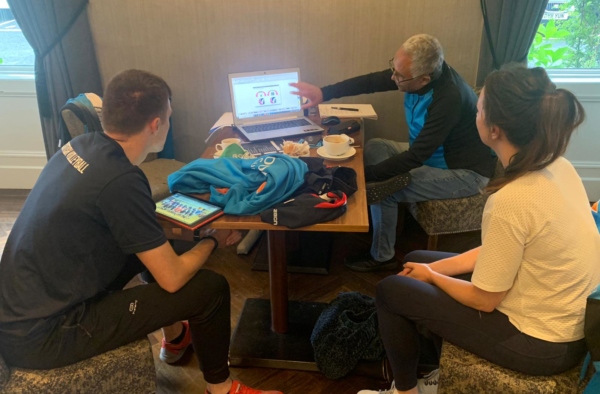 A Special Moment for both the Sport and our Company