B2022 – Catching up with Team Scotland 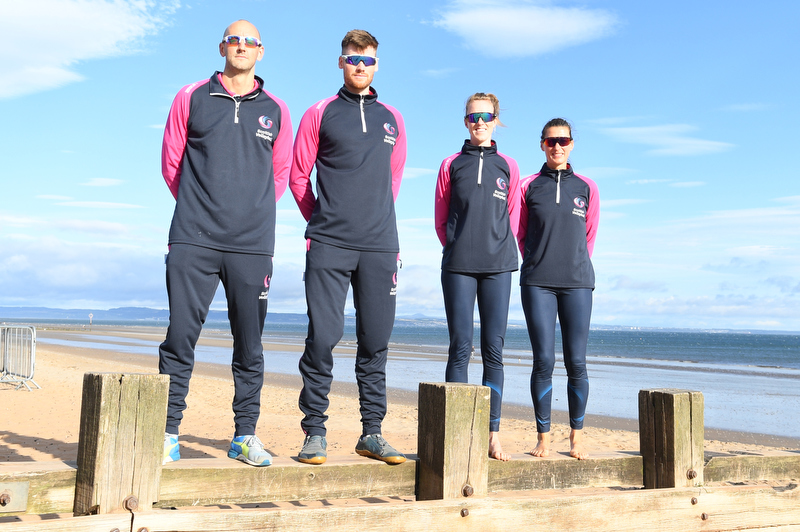 After the start of an action packed weekend, where both home teams took the all-important opening win in their respective categories, we caught up with the Team Scotland pairs ahead of today’s matches.

Lynne Beattie and Mel Coutts, the returning pair who competed at the last Commonwealth Games in the Gold Coast, have spent the months prior to the event competing in as many matches, both in the UK and in Europe, as possible. They have brought this invaluable experience to the beach of Portobello this weekend, ensuring their initial success. Both based in Edinburgh, the pair are ecstatic for Scotland to be hosting the qualifiers, not only because their travel time to games is only a car journey away.

While not the only country who qualified for the Gold Coast being represented at this qualifier, the partnership are the only returning players. When being asked if this added pressure to the team, Mel answered, “We want to qualify again, we want to push ourselves and we want to do better than last time”, and the two are excited to aim again for qualification on the court.

To round off their interview, teams were asked to describe their feelings about the event in only three words. Beattie and Coutts choice? “Totes, totes excited.”

Next up were the men’s pairing of Graham Riddle and Jamie McHardy. Their first match ended in a 2-1 win over a tough Welsh team, showing that despite their fairly new relationship, the partnership is not one to be messed with.

The team have been training extensively over the past few months to ensure they’re ready for the qualifying event. Scotland’s beach performance group have been vital in helping the pair find their feet together. Jamie said, “I think having the group of players to train with has probably been the biggest driver for our development, because if you’ve got a team of two, it’s hard to stay motivated, to get down the whole time but if you’ve got other guys constantly saying ‘who’s training tonight, what you doing, are you coming down’, there’s always someone to play with, there’s always an opportunity to play.”

Interestingly, this isn’t Graham’s first commonwealth games qualifiers – at the Gold Coast in 2018 he was head coach for the men’s team. He is however glad to be on the other side this time as a player and is enjoying playing internationally again.

It’s now day two of the event, with both Scotland teams taking to the sand again to continue their fight for qualification. Matches are being streamed live on our Facebook and YouTube pages, and you can catch a selection of matches on the BBC Sport Scotland page, and on the red button. All photos from the weekend are being taken by volleyballphotos.co.uk, and you can buy unwatermarked images from their website.

A total of 23 matches took place to determine this year’s Junior finalists.