Inspired by Monday’s good news story from West Coast Beach Volleyball Club, we wanted to bring you more beach volleyball content to keep us motivated as the beach season approaches.

In a time where we would normally be making the final tweaks to our domestic beach volleyball programme before it gets underway in May, we are instead using the time to reflect on what we have achieved as a sport with the help of the Team Scotland media team.

Over the last few weeks, Beach Volleyball has featured heavily in Team Scotland’s Sport’s Focus Spotlight, looking back at everything from the first players in history to represent Team Scotland on the World Stage at the Commonwealth Youth Games, Bahamas 2017, to further history making with our senior team success in the sports debut at the Commonwealth Games, at the Gold Coast 2018.

Team Scotland also spoke to our senior Commonwealth Games athletes; Mel Coutts, Lynne Beattie, Robin Miedzybrodzki and Seain Cook about their experiences at the Gold Coast, what it meant to them and what their  favourite memories are.

For Robin and Seain’s account of their Gold coast experience, read the full article HERE! 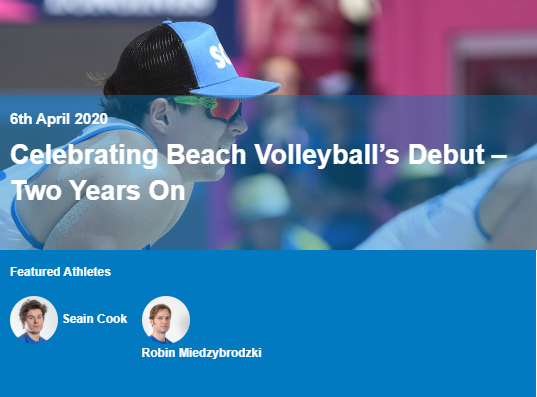 To find out about what the Gold Coast meant to Lynne and Mel, ready the full article HERE! 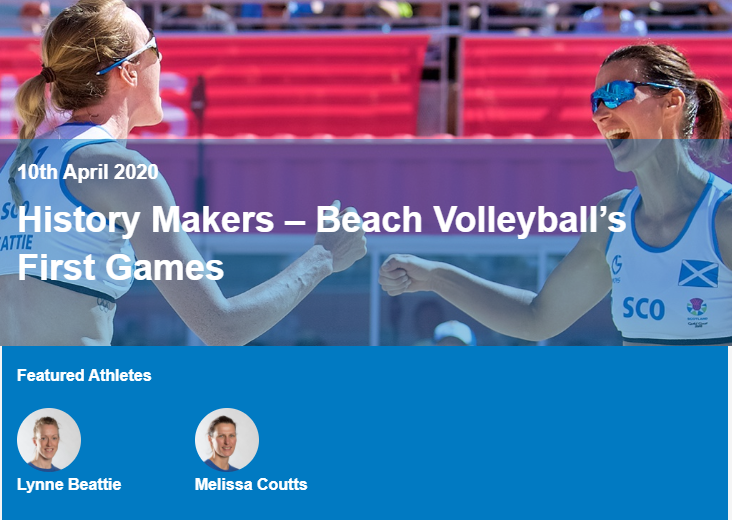 As a result of this International success, the SVA have been working closely with the British Volleyball Federation (BVF) and the other home nations, to build a case for our sport at the performance level going forward to Birmingham 2022 and beyond. This work is ongoing, and we hope it will only present further opportunities for future generations of Scottish athletes to follow in the footsteps of our Commonwealth Games athletes.

It’s important to recognise that the success we have had is not only at the playing level.  We have had great success on our beach refereeing pathway with Jamie Salvin completing his qualifications to become an international beach referee where he has been appointed to FIVB, CEV and Zonal competitions all over the world also contributing heavily to putting our country and our sport on the international map.

It has been inspiring to look back at these insights and successes, but this is only the beginning. What we have achieved so far will be used as a platform to launch our sport to the next level with Birmingham 2022 and other exciting opportunities on the horizon. This means working to develop, not only our performance pathways, but importantly our club and community engagement where we are steadily building demand and capacity in our sport for all levels and abilities.

A great example of this is the inception of a brand new beach volleyball club in Ayrshire; West Coast Beach Volleyball. See Monday’s article for an insight into their new club beginnings.

WCBV have followed in the footsteps of Edinburgh Beach Volleyball Club in the East of the country who have seen a massive surge in interest of our sport at a community level at their permanent hub in Portobello.

As a governing body, we are also involved in some fantastic ‘Changing Lives’ project work in Edinburgh, aimed at breaking down the barriers that some communities face to sports participation, as well as using sport intentionally to support skills development opportunities for young people, encouraging positive destinations when they leave school.

Our sport has come a long way in a short amount of time, but we are hungry to achieve more. Watch this space as we develop our pathways, grow our workforce and hopefully in time, build our own facilities to help the sustainable development of our sport long term.

See you all on the sand soon!