Coach of the Year Award

The Coach of the Year Award is new – it’s different, and we think it’s important.  The SVA want to acknowledge the work and successes of one of the groups who are helping to drive our game forward and raise standards…….. the Coaches. To make this happen, we need your support.

We have a very successful and well established Player of the Year Award – this new award will add to the picture of celebrating the good things about Scottish Volleyball.  The Coach of the Year award is open to all member Clubs, Junior and Senior, across all of the playing divisions.

The voting process is simple and has three steps.

Step 1 – your club nominates a coach from another club to be considered for the award.  This will be someone who has impressed you this year.  Someone who has made their team stronger, or tougher to compete against, or better at performing.  You identify someone you think meets the criteria and send in their name on a voting form to the SVA.  Each Club can nominate a maximum of three coaches to be considered for the award.

Step 2 – if your Coach has been nominated the SVA will send you a form to ask you to tell us about all the good things your coach has done, and why you think he or she has been successful – it’s really a letter of endorsement.

Step 3 – a Panel of judges will consider the submissions, make a decision based upon the evidence and testimonies which have been supplied, and the winners  will be presented with their awards at the AGM. 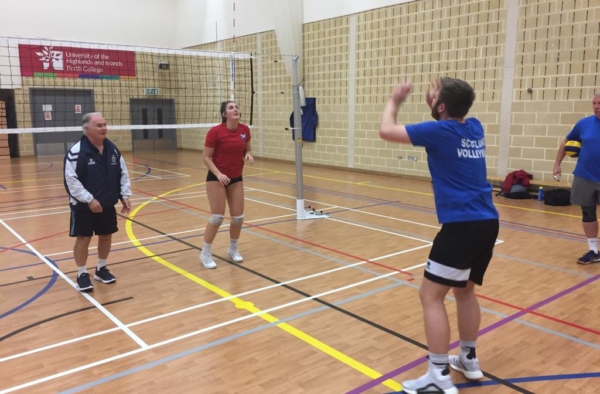 The SVA is delighted to announce that Vince Krawczyk