Please find the latest information from the Scottish Volleyball Association in relation to COVID-19 and our “Playing it Safe” strategy. These documents will be updated regularly in line with Scottish Government guidance. Please contact Scottish Volleyball directly if you have any questions not covered in the frequently asked question section or the main strategy document.

Can we play 6v6 indoor volleyball?

This means that normal 6v6 volleyball as we know it is still not possible yet but adapted formats of the game are permitted where physical distance is maintained.

Do we have to wear face coverings to play indoors?

Players, coaches and anyone attending an indoor sports venue must wear a face covering inside the building at all times, except during play.  Face Coverings do not need to be worn throughout the activity, but must be worn immediately before and immediately after play, and in non-playing areas such as changing rooms and toilets.

As a club using a local authority facility, do we have to keep a Test and Protect register if the venue has already done this?

Yes.  Clubs should also keep their own register of players and coaches who are in attendance for every booking/session to ensure that the club is adhering to Test and Protect procedures as well as the venue.

As a coach, do I have to wear a mask during the session?

No, coaches are considered as participants during play and are not required to wear a mask while they are coaching, but as per players, they must wear a mask on arrival to the venue and in non-playing areas such as changing rooms and toilets.  They must also wear a mask to depart the venue and immediately after play.

(1) Can I (as an adult) play full 2v2 beach volleyball with normal rules?

Yes. Full 2v2 play for adults is now permitted as long as:

(2) What mitigation measures are in place for playing full 2v2 volleyball outdoors?

Our mitigation measures as a sport to reduce the risk of players encroaching on the 2m physical distance as outlined by Scottish Government include:

We have robust cleaning and person hygiene guidance that players, coaches and clubs must adhere to at all times.

(3) Is it back to normal for outdoor volleyball?

No. it is not back to normal for outdoor volleyball.  Clubs, coaches and players must be aware of all Scottish Volleyball ‘Play it Safe’ guidance along with Scottish Government guidance and adhere to this at all times.

If it feels normal, then you are not following guidance and putting people at risk.

The coach could coach 12 new players later on in the day, as long as in that second session there was a maximum of 4 other households attending.

There is no time limit on the length of play according to Government guidance.

WHO COVID-19 general advice for the public

WHO COVID-19 advice for the public: Videos
How to wash your hands
COVID-19 and mental health 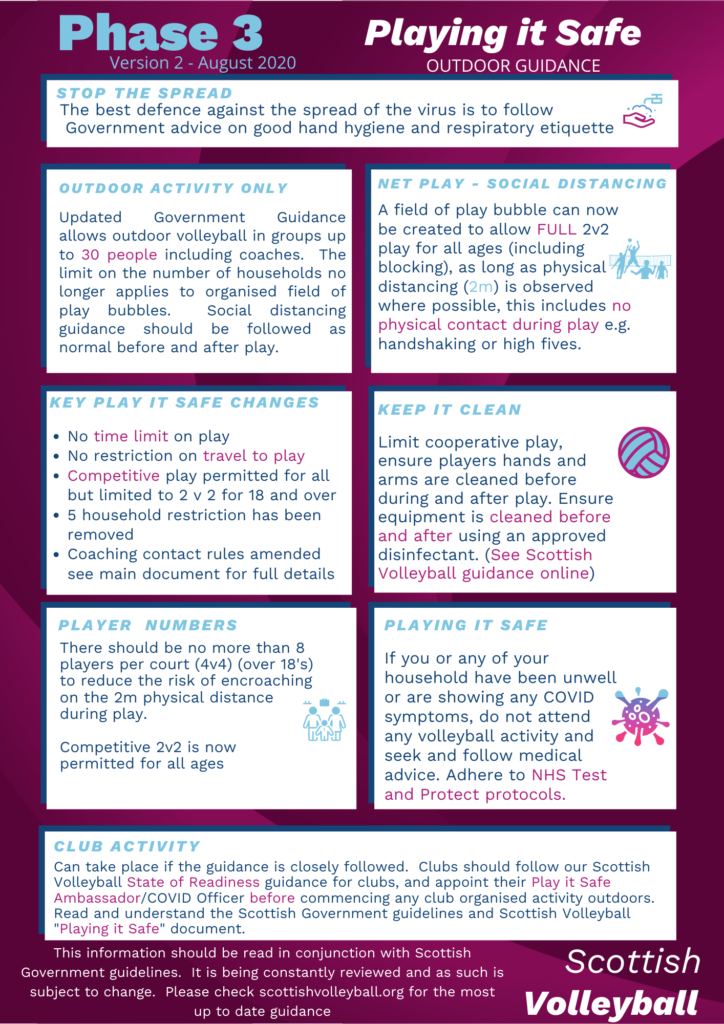 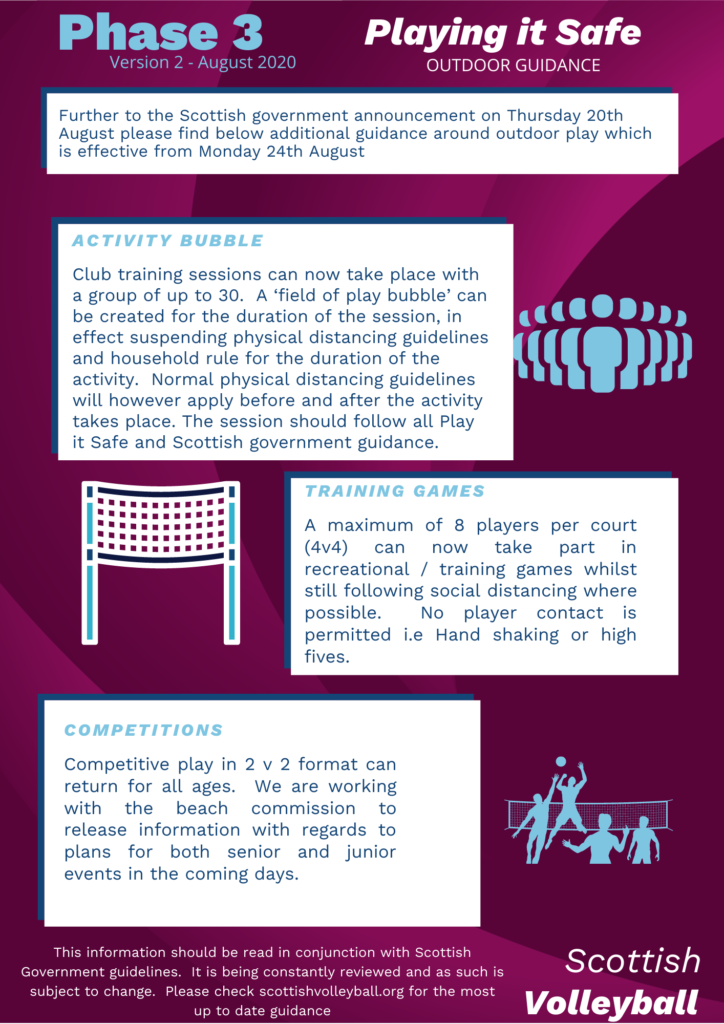 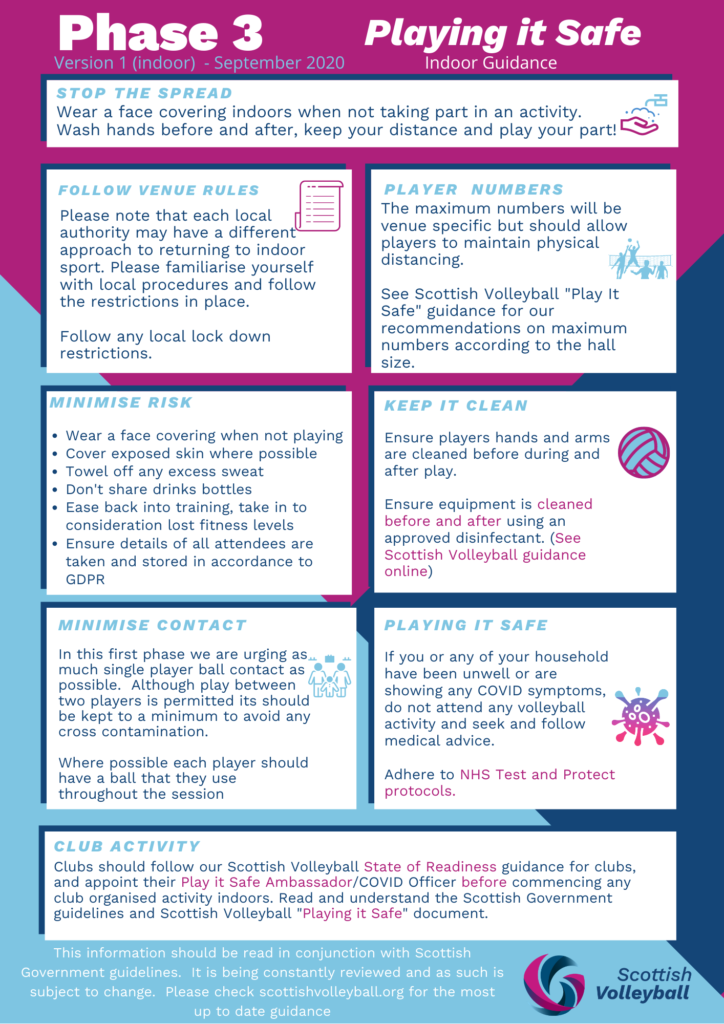