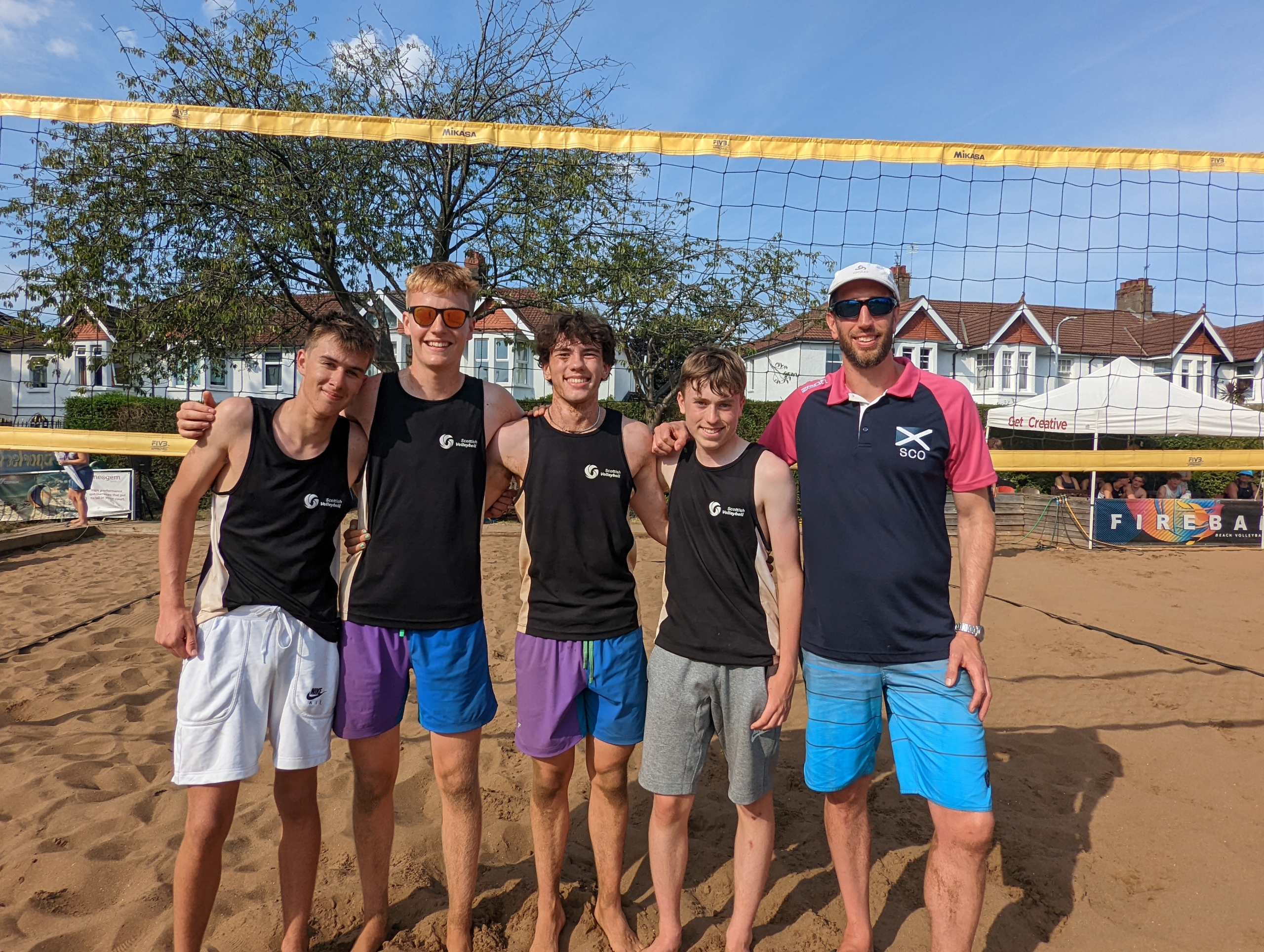 After two years affected by Covid-19, it was great to see lots of Juniors back on the sand at Cardiff Beach Volleyball Centre. Thirty-six hours later and despite a heatwave, Scotland Men I were gold medalists and we’d seen massive growth across all four squads.

The Junior Commonwealth Cup, organized by Denise Austin, sees a competition structure not often seen on British Shores. Each team is made up of four players in two pairs. The two A pairs play whilst the two B pairs play on a second court. If both Scotland pairs won, they then win the overall match, else we go to a Golden Set! A Golden Set would see the coach select two players to play a single set to 15 with the winners, winning the overall match. 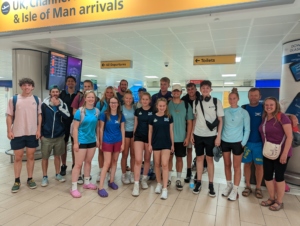 After flying down on the Friday night, Saturday morning saw an early Morning Briefing from Competition Organiser Denise Austin before matches started at 9am. Both Scotland I teams got underway with back-to-back matches. It was a tough day for both Women’s teams with Scotland I finishing third in Pool A and Scotland II fourth in Pool B. Scotland Men II likewise struggled and finished bottom of Pool B in fourth whilst Scotland Men I finished a strong second in Pool A.

However, with a double-elimination structure for the knockouts, there were still plenty to play for and two chances to get through the rounds. This set up some tough knockout matches for the Women’s Pairs who lost in the first round and a Scotland Derby in Round Two. Scotland I took the win before losing in the Quarterfinals to play-off for fifth place. Scotland II managed their first win of the weekend in their classification match, beating Northern Ireland for 7th Place overall. 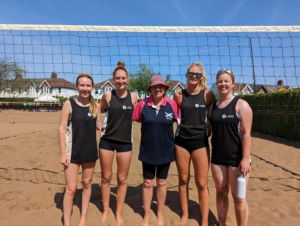 On the Men’s side, Scotland II suffered a near identical fate as on the Women’s side going as far as also beating Northern Ireland for 7th Place overall! However, there was more success for Scotland I as explained by Boys’ Head Coach Jack McKeown, “The Scotland boys team put in a tremendous performance in gruelling heat. The final against South-West England in particular was like something out of a sports movie. Both Scotland’s first and second team had lost against South-West in the pool stages – going down 2-1 and 2-0.

“Scotland 1, Cole Turnbull and Ewan Ramsay, never really hit their stride in their final, losing 2-0 to South-West England’s first squad. Scotland 2, Keir Paterson and Ben McKay, lost the first set of their side of the final 21-14 and it looked to be over for Scotland. Coached by Scotland’s beach performance manager Felipe Humana-Paredes, the boys dug deep to win the second set 21-19 and take the decider 17-15 with some stunning defensive work by Keir Paterson.

“Their win meant a Golden Set was needed to decide the championship. Having cheered from the side as Keir and Ben kept Scotland’s hopes alive, Cole and Ewan were not about to let their hard work go to waste. Completely fired up, they raced to a 4-1 lead in the golden set and held their nerve, winning 15-11. Seeing Keir and Ben race onto the sand for a group hug with their teammates was a fantastic moment and a great reminder of what team sports are all about.” 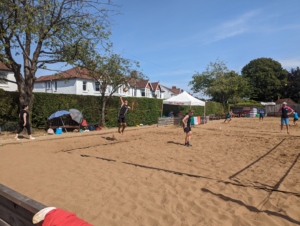 Head of Programme, Felipe Humana-Paredes commented, “What was really important for me was the development of all the players throughout the weekend. The tournament really offers a fantastic opportunity for players to get lots of time playing and experience different opponents. The weather was also a great indication of what it’s like to play on the World Tour as opposed to Scotland!”

A big thank you also to all the parents and carers who have supported the programme as well as coaches Colin Paterson, Jack McKeown, Sean Platts Stobie, and Shelly Paterson. 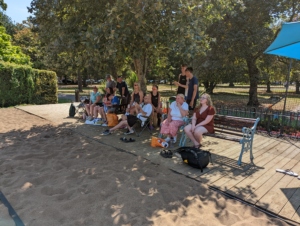 The SVA, in partnership with sportscotland, is seeking to recruit a Volleyball Regional Development Officer