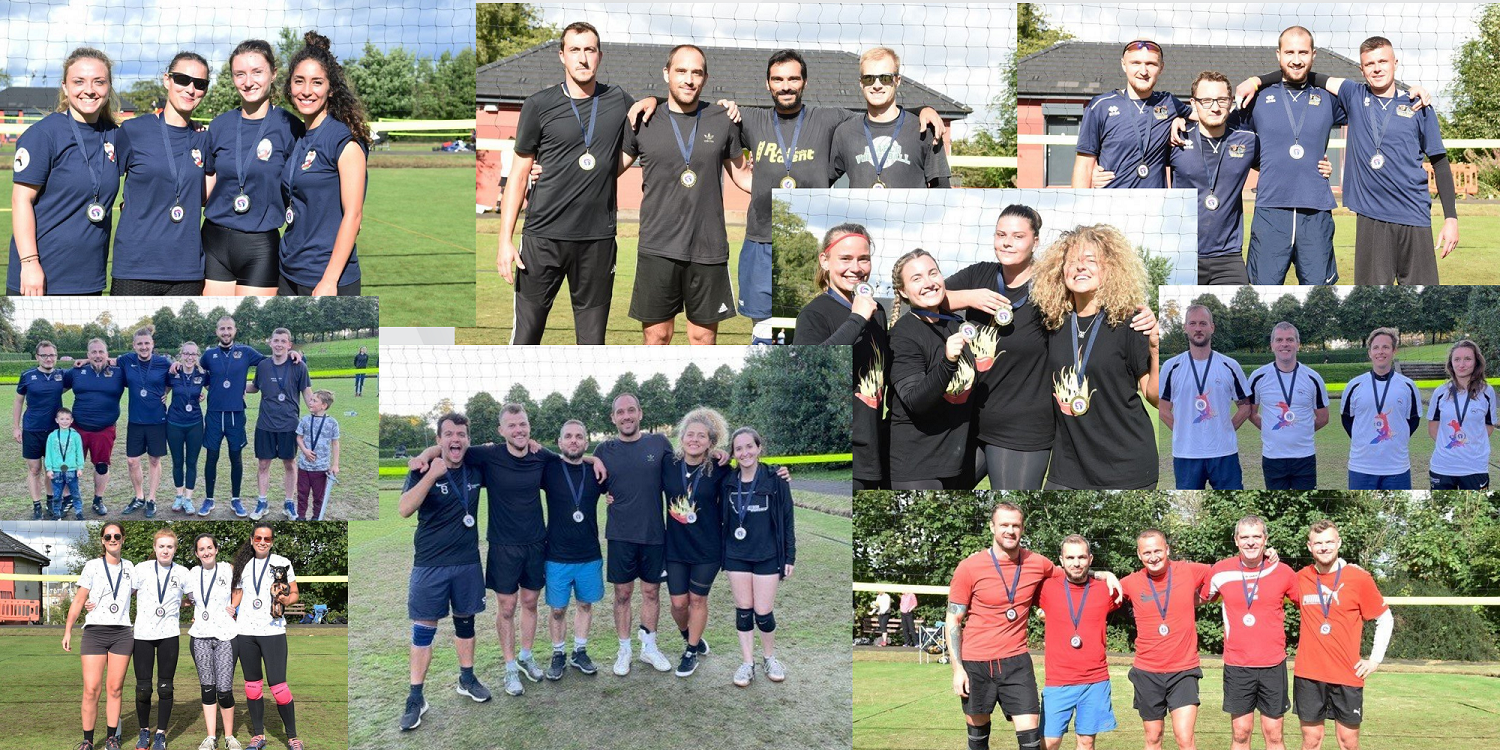 Over 100 participants descended on Queens Park Bowling Club in Glasgow on Sunday for the first ever Grass Volleyball Finals hosted by Scottish Volleyball.

The Men’s and Women’s Competitions kicked off proceedings with teams from Edinburgh, Glasgow, Stirling, and South Ayrshire all starting the tournament off in high flying fashion.

It was clear from the outset that the Glasgow and Edinburgh teams had been competing a lot over the summer with their understanding of movement on grass and good team cohesion.

It was fantastic to see the ‘experience’ of Caledonia West Vets back on the court brightening up the competition with their knowledge and understanding of the game.

The Men’s competition had some long matches in the morning phase with the Edinburgh team Bears joining the Glasgow teams All Right Mate, No Idea about Name and Huzzars Polonia making up the Semi-finals.

The Semi Finals were tight and hard hitting but No Idea about Name and Bears made their way to the showpiece. Huzzars Polonia were successful overcoming their counterparts All Right Mate to take the bronze medal.

Bears and No Idea about Name delivered a high powered final but the ball control and attacking power of the Glasgow team ensured they took their first ever National title with a 2-1 victory. 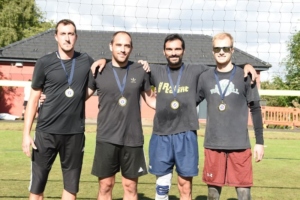 In the Women’s Competition Cale West Vets, The Penguins, Jalapenos and Ballellas progressed to the Semi Finals.

A well fought semi between Cale West Vets and Jalapenos brought out the competitive spirit of the experienced team but the Glasgow sides summer of competition helped them progress to the final. The Penguins managed to overcome Ballellas to take their place in the final after another long and tiring match.

In the bronze medal match Ballellas worked hard in defence to pressured Cale West Vets which then in turn got them the 2-0 victory to secure their medal. Jalapenos showed off their high power and skill in the final to win 2-0 and take their first ever National title. 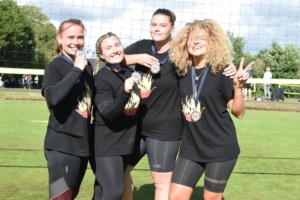 The afternoon mixed competition was filled to the brim with tough matches and tiring rallies.

The Glasgow teams again asserted their dominance over the field with the Blue Bears the only team really able to put up a fight.

Unnamed team, Los B@st@rdos, Blue Bears and All Right mate all fought their way through their pools to get to the Semi Finals stage.

Unnamed Team had a real slobber knocker and a fight to the finish with Los B@st@rdos but they succumbed to a 2-1 defeat against their more consistent opponents. All Right Mate brought their A, B and C game against a very tough Blue Bears and took out the Edinburgh league winners in 3 sets.

Blue Bears got some revenge against Unnamed Team from their Men’s division loss by winning the bronze match, another 3 setter.

The Final match of the day was another close match but Los B@st@rdos had the consistency and ball control to take the match in 2 sets and win the mixed tournament. Jubilant scenes took place after the game and after a long day of competition we found ourselves at the end with all players, staff, and spectators very tired. 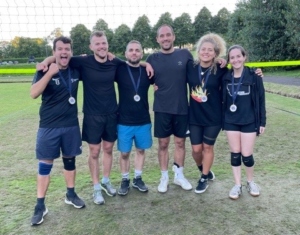 The first Grass League Finals was nothing but a success. I would like to thank Glasgow Outdoor Volleyball Club. Glasgow Life, Glasgow Club and Winning Post Trophies for their support before, during and post event.

VolleyballPhotos as ever were in attendance taking the best action pictures and these are now available to purchase online here.

Finally, a huge thank you to all the players and spectators who made the day memorable. This event was possible because of all the hard work done in the Regional Leagues over the summer.

I cannot wait to get back to this next Summer. 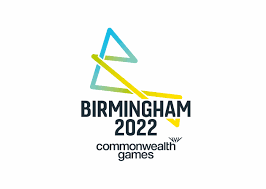 Team Scotland launched their recruitment campaign for Sport Team Managers for Birmingham 2022 in partnership with First Ascent.  If you…
General 22nd April 2014

What a fantastic bunch of players! What a great group of people! These are the most fitting words to…